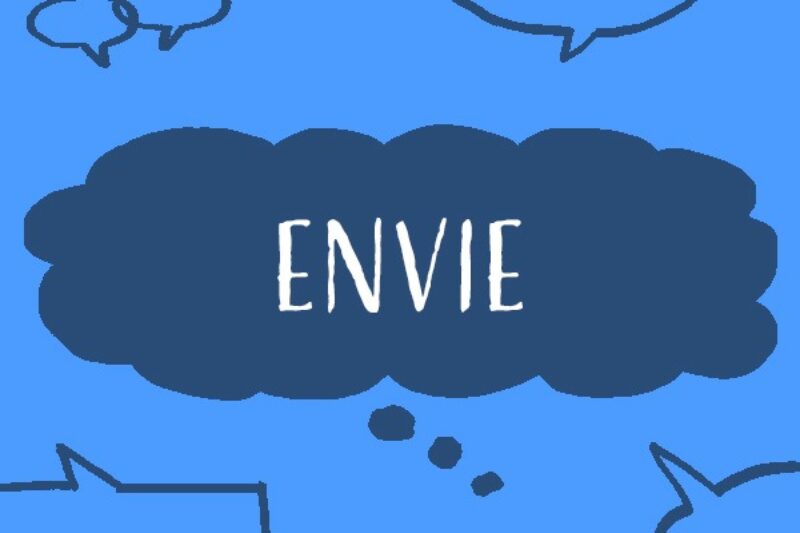 It’s time once again for another French word of the week. Today we’re looking at the French noun envie.

To hear its pronunciation, listen to the audio:

Envie is a feminine noun, which means when you see it along with a definite or an indefinite article, it will use la or une.

Let’s study our word of the week. Do you recognise envie from any other word in English? It’s very close to the word envy, which is helpful because it’s also one of its definitions in French. However, while you do see envie used a lot in everyday French, it’s not often used in the context of envy and jealousy like it is in English.

Just as an aside, you’re much more likely to see this idea of envying something expressed in French by the related verb form, envier:

envier quelque chose à quelqu’un to envy somebody something

However, unlike the negative connotations of the word envy in English, the most common use of the noun envie in French is much more positive and optimistic. Envie expresses different meanings of a wish, a desire, a longing, or an urge.

Take a look at a few examples of where you might see the word appear:

Cette pizza te fait envie ? Do you like the look of this pizza?

Just for a little bonus – there is another definition of the noun envie which you won’t hear so often:

While it doesn’t appear to have any relation to the other meanings, it’s something interesting to note. You never know when it might crop up!

If you feel like learning even more facts about French words, then we’ll see you here again next week.