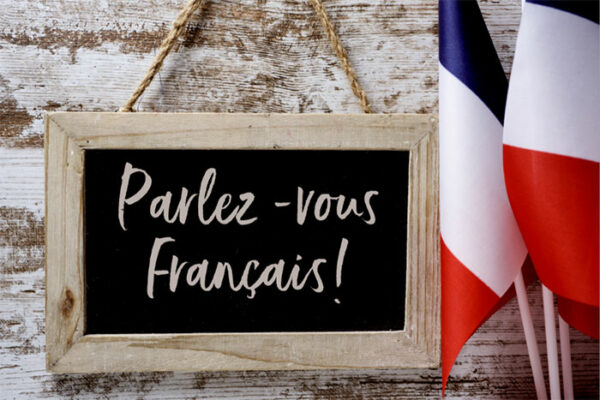 Seven Words That Say So Much

Pronounce these seven words properly in French, and you’re well on your way to speaking the language. Give them a go but watch out – they may look familiar but they contain some tricky tongue twisters.

This word sounds quite different from the English when pronounced in its original French. The French r – a raspy sound in the back of the throat – is much more noticeable than an English r. Restaurant also contains:

In fact, if you can pronounce rrres-to-rrrawn, then bravo, you’re on your way to correct French pronunciation – and possibly a good meal.

There are lots of useful vowel and consonant pronunciations to learn here.
The French h
When h begins a word, it can be:

Note that in haute the t is not silent because it is followed by an e.

The French u
The ou in couture is simply pronounced oo, but the solo u is a challenge – it requires that you pucker your lips and make a sharp ee sound at the front of your mouth. This is also how you pronounce the u in rue, so it’s a useful one to get right.

Concierge brings you the c pronounced both ways – and billets de théâtre too, if you ask for them. That’s billets pronounced be-yay. Théâtre starts with th pronounced as t and é is eh, â is ah, and the re sounds slightly clipped, as in sucre, poudre, descendre and vendre.

Monsieur is pronounced nothing like it looks. Mon sounds like muh and sieur sounds like syuh spoken with puckered lips. Put them together for muh-syuh. You may be tempted to ask for Madame instead but practice makes perfect.

The gn in magnifique sounds like n and is useful to learn since it occurs in words like oignon, champignon and champagne.

Qu is pronounced k in this context with the final e silent. In a phrase like qu’est-ce-que c’est, que is combined with est and pronounced k at the beginning of the phrase and kuh at the end.

In this very Parisian architectural feature, literally eye of bull, oeil is pronounced oy with a silent l and boeuf sounds something like buf – unlike most final consonants, the f is pronounced.

This also occurs in oeuf, but in the plural, boeufs or oeufs, the f and s are both silent. The plural oeil is yeux with a silent x.

And, don’t forget, practice makes perfect. Or, as they say en français, la pratique rend parfait. With a silent t, of course.