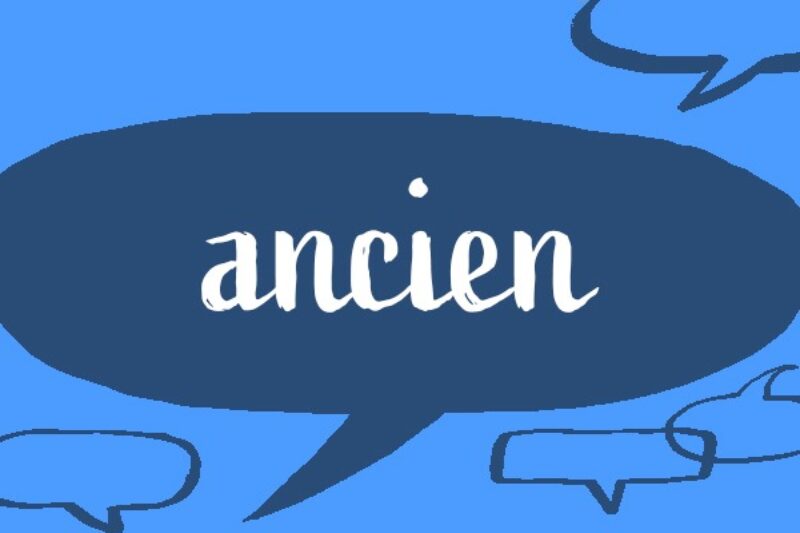 French word of the week: ancien

Our French word of the week is ancien.

Ancien is an adjective. Its feminine form is ancienne. You’ll also see its two plural forms – anciens and anciennes. You can find its pronunciation here:

From the way it sounds and the way we spell it, you might think it’s the same as the English word, ancient. But be careful when translating it in this way: ancien can be a false friend depending on the context. It’s important to think about context when trying to understand the meaning of a word in French. To help you a bit, you can work out the meaning by looking at where ancien sits in a sentence.

The most common meaning is former or old, as in previous or no longer. When this is the case, the adjective normally comes before the noun:

However, just like you might have assumed at first, ancien can also mean ancient or antique. When this is the case, the adjective normally comes after the noun:

In the context of French cuisine, the feminine form of this word is used to mean something even more specific. When reading recipes or dishes on a menu, you might see the phrase à l’ancienne after a noun. This doesn’t mean the food is ancient or old – it means that the dish is made in the traditional way. We might also call this old-fashioned in English:

The next time you come across this term in French, think about the context of the sentence, as well as the position of the adjective, to work out its meaning. Soon, you won’t need to think too much about what the word is supposed to mean – it’ll be ancient history to you!

You can find out more about the way word order can affect the meanings of French adjectives on our Easy Learning Grammar pages.

Come back next week to find out more facts about another French word of the week.