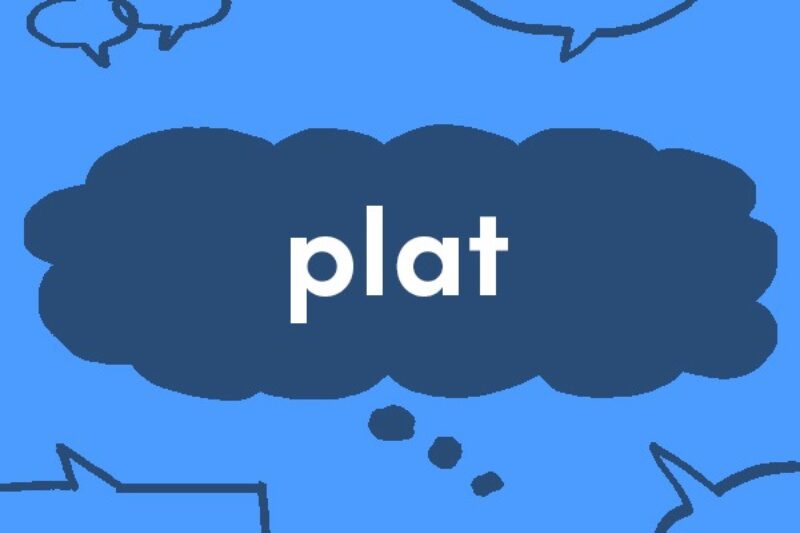 French word of the week: plat

This week’s French word of the week is plat. You can find the pronunciation of plat here:

A lot of the time, you might see plat as a masculine noun – un plat.

But plat is also an adjective. Its feminine form is plate. You’ll also see its two plural forms – plats and plates.

Let’s start with the noun – do you think it looks like a certain word in English? If you were thinking of the word plate, then you’re on the right track. You’ll often see the masculine noun in the context of food and restaurants:

Le plat du jour. The dish of the day.

The noun has another meaning. This time, you can’t work it out by using an associated English word like plate. Instead, it’s a word that would rhyme if you pronounced plat in an English accent – it’s flat. You can use this rhyme to remember its second meaning.

Le plat de la main. The flat of the hand.

Just for fun, here’s a bonus meaning which combines the context of food with the context of something being flat: if you’d like a fried egg in France, you’ll need to ask for un œuf au plat.

Now let’s move on to look at the adjective form of plat. As we mentioned, this can appear in four different forms. When this is the case, the adjective normally comes after the noun.

Just like its noun version, the adjective can describe something that is flat:

As with a lot of French adjectives, this word has another meaning. You might see plat being used to describe something as dull, unimaginative, or mediocre:

On n’aimait pas cet artiste, son style est trop plat. We didn’t like this artist, her style is too boring.

Whether you’re talking about dishes, shoes, or flat tyres, you’re sure to come across the many meanings and uses of this word – it’s certainly far from dull.

See you next week for more interesting facts about another French word.