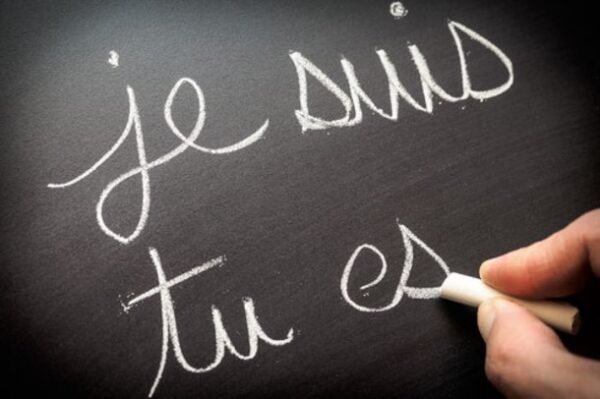 One of the most challenging parts of learning a foreign language is getting to grips with all the different verb tenses. Verb tenses explain when events happen, whether in the past, present or future. In this short article, we will explain and provide some examples of the most common tenses you’ll come across.

The present tense is used to talk about what is true at the moment, what happens regularly and what is happening now, for example, ‘I’m a student’; ‘He works as a consultant’; ‘I’m studying French’.

There is more than one way to express the present tense in English. For example, you can either say ‘I give’, ‘I am giving’ or occasionally ‘I do give’. In French, you use the same form je donne for all these.

In English you can also use the present to talk about something that is going to happen in the near future. You can do the same in French.

Je ne faisais rien de spécial. [I wasn’t doing anything special.]
C’était une super fête. [It was a great party.]
Avant, il était professeur. [He used to be a teacher.]

The perfect tense is made up of two parts: the present tense of avoir or être, and the French past participle (like ‘given’, ‘finished’ and ‘done’ in English). Most verbs form the perfect tense with avoir. There are two main groups of verbs which form their perfect tense with être instead of avoir: all reflexive verbs and a group of verbs that are mainly used to talk about movement or a change of some kind, including:

Some verbs can use either avoir or être in the perfect tense, depending on their meaning. These verbs are marked in the dictionary as ‘aux avoir or être’ after the verb number, with an explanatory note about which to use and when.

In French, there are several forms of the imperative that are used to give instructions or orders to someone. These correspond to tu, vous and nous. The nous form means the same as ‘let’s’ in English. For regular verbs, the imperative is the same as the tu, nous and vous forms of the present tense, except that you do not say the pronouns tu, nous and vous. Also, in the tu form of –er verbs like donner, the final –s is dropped.

Arrête de me faire rire! [Stop making me laugh!]
Venez déjeuner chez nous. [Come round to ours for lunch.]
Allons voir ce qu’ils font. [Let’s go and see what they’re up to.]

The subjunctive is a verb form that is used in certain circumstances to express some sort of feeling, or to show there is doubt about whether something will happen or something is true. It is used after certain structures in French, for example, il faut que and il faudrait que.

Il faut que je rentre. [I have to get back.]
Il faudrait qu’on loue une voiture. [We should hire a car.]
Je veux que tu viennes avec moi. [I want you to come with me.]

The conditional is a verb form used to talk about things that would happen or that would be true under certain conditions, for instance, ‘I would help you if I could’. It is also used to say what you would like or need, for example, ‘Could you give me the bill?’.

So hopefully you’ll now feel much more confident in how and when to use the correct tense. More information can be found in the French Grammar section of this website.