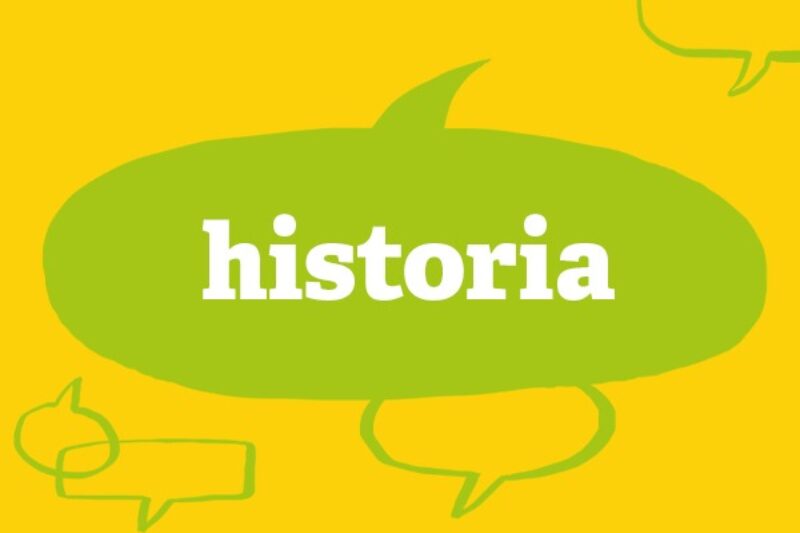 Spanish word of the week: historia

This week’s Spanish word of the week is historia.

Historia is a noun that means history or story and you can find out how to pronounce it here:

In English the meanings of history and story often overlap. In fact they come from the same Latin word, historia (which, in turn, comes from the Greek ἱστορία). Spanish historia has kept the two meanings together under the umbrella of the Latin word from which it was derived.

You know how some people always come up with the same tired old reason for not doing something? You can describe them in Spanish too!