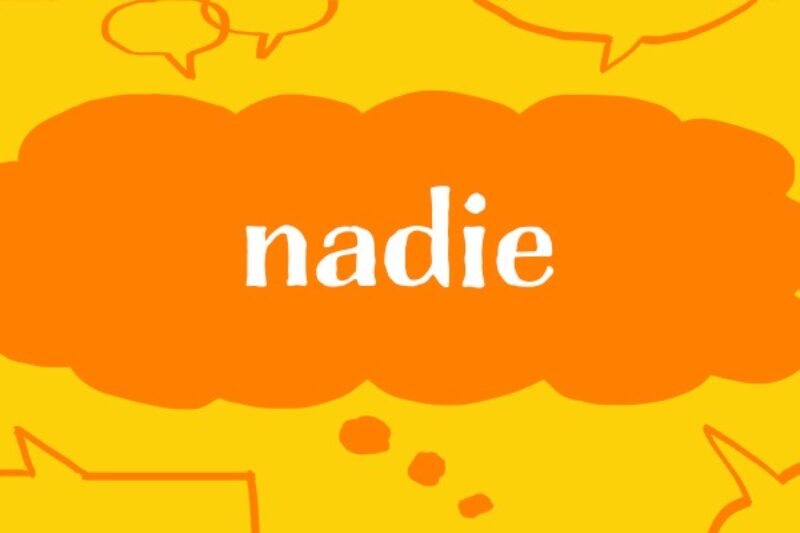 This week’s Spanish word of the week is nadie.

Nadie is a pronoun that means nobody; anybody and you can find out how to pronounce it here:

The usual translation for the word nadie is nobody:

Vino mi familia y nadie más. Just my family came and nobody else.

However, unlike English, Spanish tends to use double negatives, as you can see below:

No lo sabe nadie más. Nobody else knows.

No había nadie. There was nobody there.

When this happens, that is, when there is a negative statement, the word nadie is translated as anybody:

No le gusta que nadie le contradiga. He doesn’t like anybody contradicting him.

Lo hice sin la ayuda de nadie. I did it without anybody’s help.

When nadie is used as an object pronoun, a has to go before it:

No queremos ver a nadie. We don’t want to see anybody.