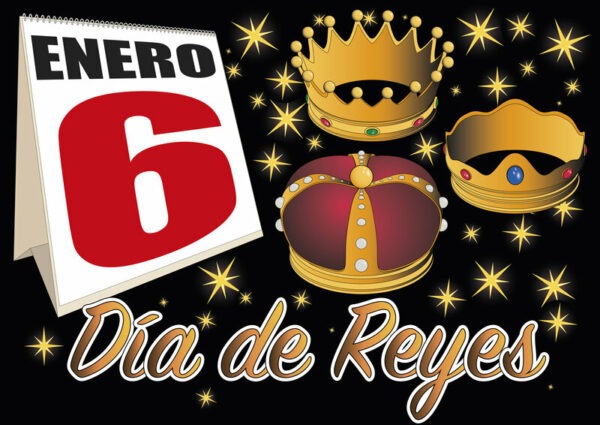 Spanish word of the week: reyes

This week’s Spanish word of the week is  los reyes PL NOUN kings; king and queen

Los reyes is the Spanish plural form of el rey:

Descienden de emperadores y reyes. They are the descendants of emperors and kings.

The king is el rey and the queen is la reina, but when they’re together, they’re los reyes:

Some other words like this are los padres (the parents) when referring to el padre (the father) and la madre (the mother) collectively.

El Día de Reyes is the Spanish name for the Epiphany, which falls on January 6th. Much of the Spanish-speaking world exchange Christmas presents on this day, not on Christmas Day. When children go to bed on the night of 5 January, they leave their shoes outside their bedroom doors or by their windows for the Reyes Magos (the Three Wise Men) to leave presents beside. They may already have written letters to the Wise Men with a list of what they would like.