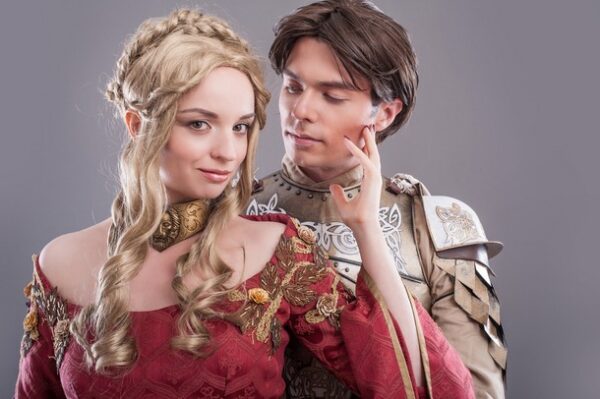 The Middle Ages, lasting from the 5th century to 1485, are best known for their violent revolts and revolutions, gruesome punishments, feasting and fetes, gallant knights and fairytale princesses.

But what was life like on the home front in Medieval England?
Read on for 14 facts that might give you an insight into a day-in-the-life of a medieval peasant – “peasant” in fact being a 15th century French term comprising freemen, serfs, cotters and bordars, and slaves.

1. Medieval courts were fair(ish)
Law and order was harsh in Medieval England, however before being subjected to any deadly punishment – these ranging from the rack to thumbscrews – the accused would undergo one of three ordeals.

These included the ‘ordeal by fire’ whereby an accused person held a red-hot iron bar and walked three paces; if the accused’s hand healed after three days then they were innocent, if not, they were guilty.

There was the ‘ordeal by water’ where an accused person was tied up and thrown into a pond, if they floated then they were guilty.
Finally, the ‘ordeal by combat’ was used by noblemen who would fight with their accuser; whoever won was right, whoever lost was usually left for dead.

2. Micropigs existed
Medieval farm animals were undernourished and so small that a full-grown bull was around the size of a modern calf, and sheep were only a third of the size they are today. While modern sheep yield around 7.3 pounds (3.32 kg) of wool, medieval fleece yield was sometimes less than one pound per animal.

3. Hallucinogenic bread
Summer was a difficult time for villagers who often ran out of grain before the new crop could be harvested, so had to resort to old rye to make bread. Unfortunately, stored rye could be infected with ergot, a fungus that caused hallucinations, gangrene and even death.

4. Animals were criminals
There are records of animals being taken to court for killing people, as well as smaller crimes. Examples include mice having been publicly tried for stealing part of the harvest, and a swarm of locusts being convicted also for eating crops.

5. Clown shoes were ‘in’
From the 1330s onward, men considered long-toed shoes as the height of fashion. By the late 14th century, toes were so long they had to be reinforced with wool, moss or whalebone; nobles had to tie their toes to their leggings in order to get around, while crusaders would chop them off in order to escape the enemy.

6. They predicted the future
Roger Bacon was a 13th century Franciscan friar who, in his Epistola de Secretis Operibus Artis et Naturae, et de Nullitate Magiae (Letter on the Secret Workings of Art and Nature, and on the Vanity of Magic) wrote that in the future “cars can be made so that without animals they will move with unbelievable rapidity,” and “flying machines can be constructed so that a man sits in the midst of the machine revolving some engines by which artificial wings are made to beat the air like a flying bird.”
Bacon’s other predictions included submarines, diving suits, steamships and telescopes.

7. Football was banned and archery was compulsory
After King Edward II banned football, his successor King Edward III brought about the Archery Law of 1363 which commanded that all male subjects practice archery for two hours every Sunday under the supervision of the local clergy.

8. Swans were fair game for the rich
Nowadays our Royal swans are strictly off limits. However in medieval times they were a delicacy of the upper classes, recipes including ‘Roasted Swan in Entrail Sauce,’ ‘Christmas Swan Pie’ and ‘Roast Cygnet’ (stuffed with beef). Also on the menu might be peacocks, turtle doves, cranes, storks, sparrows, herons and blackbirds.

10. Bears roamed the countryside
England used to be the native home of brown bears, but they became extinct around the 11th century, before having been imported back into the country for sport.

11. Medieval people had savings accounts
The Middle English term “pygg” referred to a type of clay with which jars or pots were made. “pygg jars” were used for saving coins, and by the 18th century, were known as a “pig banks” or “piggy banks.”

12. One name was enough
Prior to the introduction of surnames in England in 1066, everyone had just one name. When surnames were introduced they would often include a nickname – such as “Richard Red” (Richard having had red hair). If Richard went bald over time, his name could change to “Richard Ball” (ball meaning bald in Middle English). In time, the system evolved to a point where people would take the same name as their father.

13. Sculptures were drainpipes
Contrary to popular belief, gargoyles were not added to churches to ward off evil spirits, but to drain rain water! Projecting out from the building, rain would flow out their mouths and away from the building, rather than down the walls therefore causing damage.

14. The people weren’t that filthy
Medieval English people believed in the motto, “cleanliness is next to Godliness,” and if they could, would bathe regularly in public baths. This cleanliness declined in the 16th century when public baths were opposed by the Protestants due to high levels of prostitution.