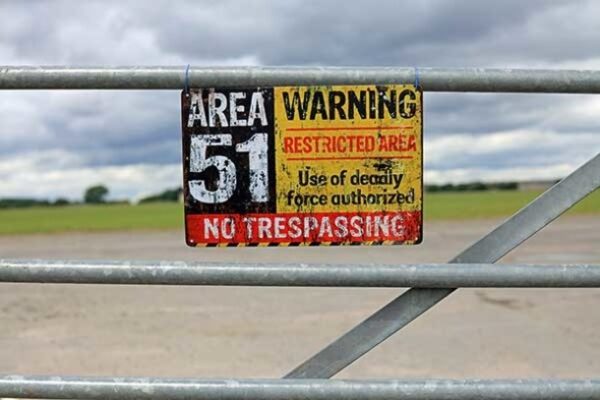 Area 51, Starship, and Harvest Moon: September’s Words in the News

I’m sure a lot of people would agree that we live in strange times. But do they have to be so strange that Area 51 is making headlines?

The classified United States Air Force (USAF) facility in Nevada (officially called Homey Airport, by the way), is famous – or infamous – for its place in UFO folklore. No matter how many times the US Government and Armed Forces deny this, legends that the site houses extraterrestrial spacecraft and even alien lifeforms (alive or dead), simply will not go away. To be fair, many (even most) people simply dismiss these rumors, along with those of Bigfoot, the Loch Ness Monster, and alligators in the sewer. But the classified facility made the news in September, due to the Facebook event, “Storm Area 51, They Can’t Stop All of Us”. The event, a proposed raid on Area 51, was scheduled for September 20, 2019, and over 2 million people responded as “going”, with another 1.5 million “interested”. This led to serious concern from the military personnel stationed at Homey Airport. The event was allegedly created as a joke, and only 150 people actually showed up at Area 51, with around 1,500 attending alien-themed music festivals in nearby Rachel and Hiko, Nevada. There were five arrests for trespassing, including one for indecent exposure. Come on, guys. Aliens don’t need to see that.

Whatever you believe may be hiding in Area 51, it seems if we’re ever going to meet real aliens, we may have to go to them. And with that in mind (okay, not literally), Elon Musk’s company, SpaceX, unveiled plans for its new starship, with the creative and original name, Starship. Designed to be completely reusable, the craft will launch with the aid of a powerful rocket (with the equally creative name Super Heavy), and will allegedly take up to 100 passengers to the Moon or Mars. Or beyond. Probably not far enough to meet sentient aliens, if the reusability thing works out, this Starship could have more longevity than the band of the same name. As long as it’s built on more than just rock and roll.
Of course, you don’t need to travel to the moon to enjoy it. Especially when it’s full. September is the month of the Autumnal Equinox (at least, here in the Northern Hemisphere), and the full moon that falls nearest to the equinox is called a Harvest Moon. This event occurs every year, of course, but it made headlines this September, because the Harvest Moon fell on Friday the 13th, for the first time since the year 2000. The next Harvest moon on Friday the 13th will be in 2049, the year the dubious Blade Runner sequel takes place. Maybe there’s something to these superstitions after all.

And finally, while we didn’t see any aliens in September, we did see a fish that looks like an alien. An angler in Norway was hoping to catch the rare blue halibut, but instead got something even rarer: the so-called ratfish. While its large, bulbous nose definitely makes it look “alien”, its species has lived on Earth for around 300 million years. This thing swam with the dinosaurs. The fish was so bizarre-looking that pictures of it quickly went viral, and found their way into newspapers across the globe. Apparently it tastes like cod.