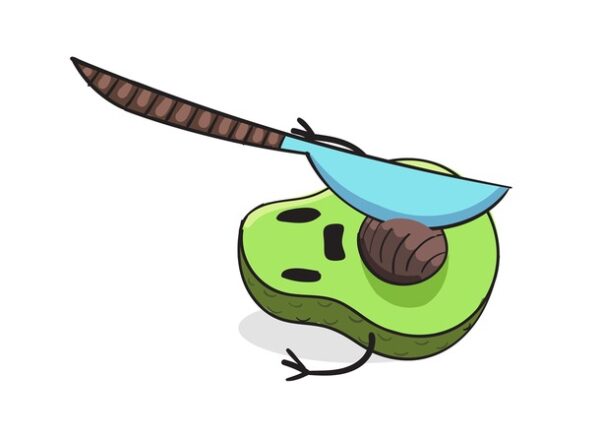 I remember once in the mid-nineties watching an episode of Oprah in which people came on to talk the then nascent mogul through their “bagel injuries”. How could bagels injure you, I wondered. Were they the weapon of choice in America? It seemed unlikely in a country free of gun control. Had baked goods become sentient on the Upper West Side? And even if they had, surely a bagel seemed – now that I thought about it, and thank you Oprah for sending my mind down such interesting highways and byways of thought – once of the more peaceable members of an already unconvincingly gangsterish clan?

It was about the injuries incurred when slicing bagels. Most people, it emerged, set about cleaving their comestible in twain by holding it clutched in one palm and bringing the breadknife to it with the other hand and trusting that they would instinctively know when to stop slicing before knife met skin, tendon and, shortly thereafter, bone. But instinct is more capricious than we care to admit, and Oprah and various public health authorities had gathered together to suggest gently that there might be a better way.

Today we have avocado hand (submitted to our lexicographers by AustinAllegro) – the injuries caused by people preparing the Instagram-friendly vegetable (except it’s a fruit, except it’s a berry, yes, yes) without due care and attention. Evidently, the more things change, the more people’s IQs stay the same.

Staying with plant matter for the moment – have you ever heard of cromniomancy? No, nor had I until it was submitted this week by Pivot. I am delighted to tell you that it means “divination by onions”. Apparently onions can not just be used as a flavoursome addition to stews and risottos but to determine who you should marry (just carve your suitors’ names on several and see which sprouts first – that’s The One), how much health and happiness is coming your way (the more rapid the sprouting of your onion, the more delightfulness you can expect – and judging by the state of my vegetable rack, million pound cheques in ruby envelopes should be coming through the door daily by now) and what the weather will be like (depends on the thickness of the skin and how much water can be drawn out by leaving salt on pieces overnight). So now you know. Be careful when carving and cutting though. I don’t want 2017 to be the year of “cromniomancy hand”.

I came across the pleasing faux-test a few days ago in a piece about the Kardashian-Pepsi video from a few weeks back. It referred to the protest being staged in the video (a co-option of the Black Lives Matter movement that got both Pepsi and Kendall into a lot of trouble), but surely has a broader use as a referent to real fake protests, if you see what I mean – anything clearly staged or manufactured to cause a Twitterstorm and create outrage for publicity or political purposes.

Oh, don’t listen to me. I suffer from negaholism – a contribution from Gopi1822 that I fear is going to prove all too useful to me. It means the condition of being habitually negative or pessimistic. Or, as I call it, awake.

I will try to do better. In the meantime, be careful out there with your breadknives.