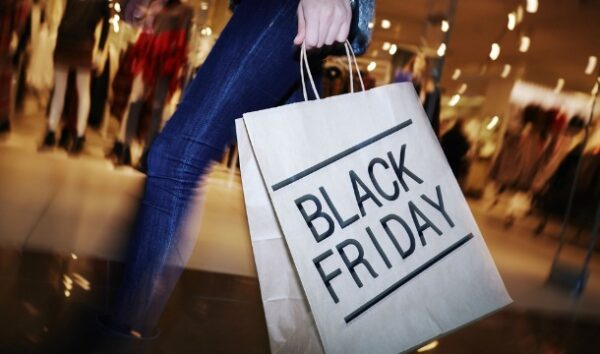 You know, it seems like the Christmas season starts earlier every year. But I’m not talking about seeing Christmas decorations in a shop in late August (which, by the way, actually happened). I’m referring to the fact that people couldn’t wait until 27 November to start talking about Black Friday. I wrote about Black Friday last year, but when it showed up this year, it brought a couple of unlikely friends.

Because Black Friday is the (in the UK, artificially created) “busiest shopping day of the year”, when it hit the news it was invariably accompanied by talk of this year’s top Christmas presents. The Toy Retailers Association or TRA, a UK advisory body for the toy industry, suggested that the top spots would be held by the “Paw Patroller”, for parents willing to spend £60 on a plastic bus for American cartoon dogs, and a game called “Pie Face”, for parents who want a child-friendly way to recreate the Russian roulette scene from The Deer Hunter.

Of course, Black Friday is followed by Cyber Monday, the self-proclaimed “busiest online shopping day of the year”. Instead of elbowing fellow-shoppers in the jaw as you scramble for the best deals, you can throw your laptop across the room when the store’s website crashes due to high-volume traffic.

Confusing and surreal as ever, but without the charm of last year’s penguin, John Lewis’ advert brought more criticism than the store’s usual efforts. One columnist even eschewed John Lewis’s suggested official hashtag #manonthemoon in favour of “Moon Hitler”, hypothesizing that the man has probably been exiled to the moon for heinous crimes.

Pre-Christmas vocabulary is all well and good, but unfortunately there’s an elephant in the room. By far the most frequently discussed topic in November’s news was the horrific terrorist attacks in Paris. However, as November waned, another global threat began to grab some headlines: climate change.

Paris is now hosting the world’s leading conference on climate change: COP21. COP stands for “Conference of Parties”, the parties being the signatories to the United Nations Framework Convention on Climate Change (UNFCCC). COP21 is the 21st such conference. To give you some perspective, the Kyoto Protocol was signed at COP3.

And finally, keeping with the climate change theme, El Niño is back in the news, as it is predicted to wreak havoc with Britain’s weather this winter. This year’s El Niño is a particularly strong type known as a modiki, and could bring snow like we had in the winter of 2009/2010. So if you’re stuck for gift ideas, a snow shovel or a bag of grit might be a good idea!