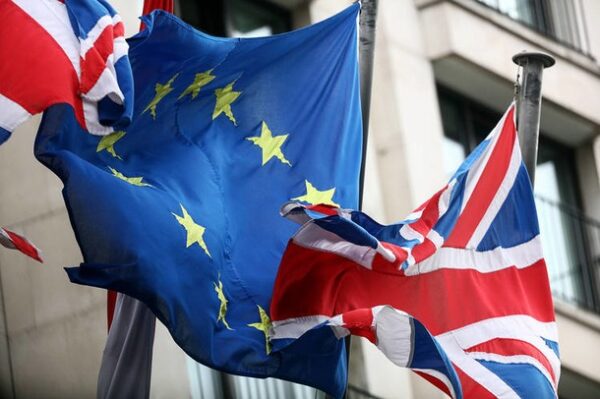 Brexit v Bremain: the Language of the EU Ref

Before Brexit, there was Grexit. But while Brexit (from “Britain” or “British” and “exit”) refers to Britain’s potential departure from the European Union, Grexit only hypothesized Greece’s exit from the eurozone.

Almost as soon as Britain joined the EU (then the European Economic Community) in 1973, there have been people clamouring for us to leave. And on Thursday they can finally have their say. But before we go to the polls, let’s have a brief look at some of the terminology that has emerged from this lukewarm crucible of half-hearted debate.

For decades the stand-out term in this debate was Eurosceptic, which originally refered to people who opposed Britain joining the EEC in the first place (its earliest citation dates from 1971). After 1973, Eurosceptics became the lobby to leave the EEC/EU, but without coining a new word.

Then the Euro Crisis happened, during which economists debated the possibility of Greece having to leave the Euro so often they had to invent a new portmanteau word. Grexit dates from 2012, with Brexit (originally Brixit) not far behind. Grexit got a bump in usage in 2015, after the election of the left-wing Syriza government made a Greek eurozone exit seem all the more likely. But we should keep in mind that Greece was only ever in danger of leaving the single currency, not the EU itself. Other choice vocabulary from this period includes Eurogeddon, the hypothesized worst-case scenario of the Euro crisis, and uneconomic Eurozone, the struggling economies still using the single currency.

Although the EU Ref hardly seems as earth-shattering as the Scottish Indyref a couple years ago (and #EURef has nowhere near the Twitter traffic #Indyref had), we are finally starting to see some exciting new words as the referendum date draws near.

In May 2015 we got wind of the Bank of England’s secret post-Brexit contingency plan, Project Bookend. (As is usual with secret project names, there’s no particular meaning behind “bookend”; the point is it’s innocuous and doesn’t give anything away.) Then in February 2016 the Leave Campaign (the official cross-party campaign to leave the EU) lifted a term from Yes Scotland and called the Remain Campaign Project Fear.

Despite the popularity of Brexit (the word, not the concept), supporters of a vote to leave the EU were originally called outers, with the snazzier Brexiters only appearing in the past few months. Meanwhile, the Remain Campaign coined Bremain (and Bremainers for their supporters) to compete with Brexit.

None of this helps us choose how to vote on Thursday, of course, so hopefully you’ve made your mind up already.