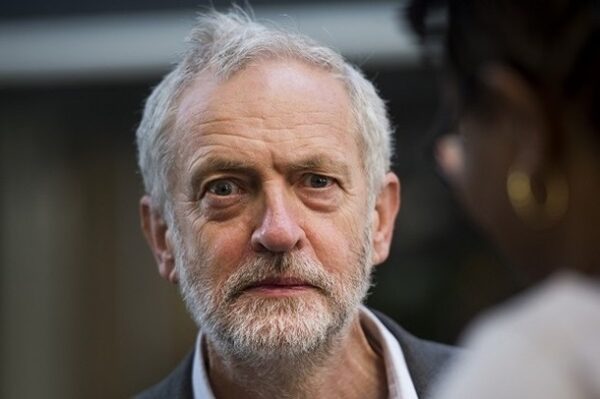 As a closet prog rock fan, I’m well acquainted with the Peter Gabriel era Genesis song which describes an invasion of Britain by a triffid-esque poisonous plant called the giant hogweed. So it came as a surreal shock when I read that this plant was not only real but had also been causing serious injuries throughout the country last month.

In the Genesis song, the plants can move, and are sentient enough to have a sense of vengeance (for having been transplanted from Russia to the UK). The real plants are not so menacing, but they are an invasive species whose toxic sap can cause severe burns and blindness and can make your skin more sensitive to UV light. Several people, including children, were hospitalized in July, so it’s worth putting the prog CDs down and finding out the facts about this plant.

Another sign of impending doom, at least according to the Labour Party, is the unexpectedly popular campaign of left-winger Jeremy Corbyn for the party’s leadership, dubbed Corbynmania. Initially viewed as a long-shot who may not even get enough support to run for leader officially, Corbyn has won the backing of most constituency parties and the country’s two largest trade unions, and has even topped some polls – though we should all know by now that polls aren’t always reliable. That Corbyn might actually win is seen as a potential disaster by the party’s mainstream, who feel Labour should move back to the centre after their 2015 General Election defeat.

Corbyn has set himself apart from the other candidates by taking a different approach to issues like the economy, so chances are the term gig economy would resonate with him and his fans. Also called the “on-demand economy”, it’s by no means a new idea. Rather, it refers to the increasingly freelance, self-employed nature of work that has developed since the financial crash. As employers shed jobs to cut costs, their former work force goes freelance to make ends meet.

The reason gig economy is trending now is because the US presidential election campaign has begun, and high-profile candidate Hilary Clinton used the phrase in a recent speech. Clinton is the presumed front-runner in the race for nomination as the Democratic Party’s presidential candidate. Clinton, however, will face her party’s own Corbyn in self-declared socialist Bernie Sanders.

Of course, the US and the UK aren’t the only countries facing economic difficulties, as highlighted by the crisis of migrants attempting to enter the UK from France this month, some of whom have unfortunately died in the attempt. This ongoing situation has required increased security measures on both sides of the English Channel, one of which is the famous Operation Stack, a procedure in which lorries are parked in single-file (“stacked”) along the M20 to cope with increased activity at the Channel Tunnel. This creates some disruption, but apparently prevents the catastrophic tailback to the M25 which might otherwise occur.