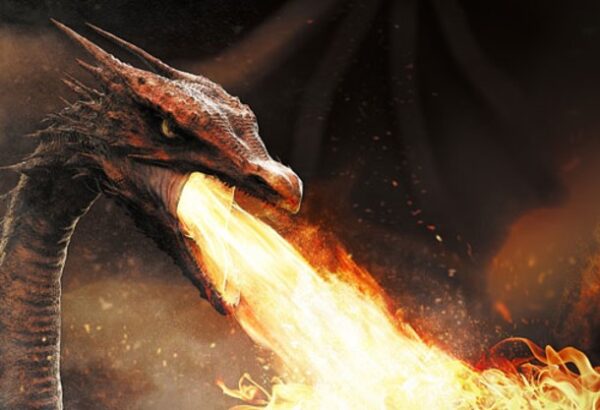 As we pass the halfway point of Game Of Thrones Season 7, we continue our series examining the etymology behind the language of Westeros.

This week we’re focusing on the hottest (literally, in some cases) words of the season and their roots in the English language.

‘“Theon Turncloak,” someone said as he passed. Other men turned away at the sight of him.’ – Theon Greyjoy

Of all the turncloaks in Westeros the most infamous is Theon Greyjoy. Or Reek, as he became for a while. What exactly is a turncloak?

We’d speculate this word derives from the 16th-century ‘turncoat’, which means one who attempts to hide the badge of his party or leader (which often featured on coats) or who changes principles or allegiance.

Since honour is a ruling principle in Westeros turncloaks often become social pariahs, which is why Theon has taken such a beating lately. All in all, Jaime got off pretty lightly after Robert’s Rebellion.

‘A direwolf will rip a man’s arm off his shoulder as easily as a dog will kill a rat.’ – Eddard Stark

Believed to be extinct until recently in Westeros, the direwolves that roamed our earth around 10,000 years ago really are gone for good.

Closely related to the modern wolf, direwolves existed during the Ice Age, alongside woolly mammoths and the giant tortoise. The word derives from the Latin dīrus meaning fearful or ominous.

A Stark (wo)man’s best friend, direwolves are the ideal companion in turbulent times, though we wouldn’t want to meet one in a dark alley. The direwolf sigil is somewhat prophetic for the Starks, with their pessimistic motto of ‘Winter is coming’.

Cersei’s weapon of choice, wildfire is a volatile substance whose thirst can’t be quenched. Wildfire has featured prominently in previous seasons as a weapon of mass destruction.

The green glow of wildfire has its roots in the old English wilde fyr, meaning ‘destructive fire’ and often used in relation to fires caused by lightning strikes. The term also refers to ‘Greek fire’, a highly flammable material derived from naphtha used in medieval warfare.

It’s likely wildfire was also inspired by modern wildfires that occur in dry and rural areas, defined by Collins Dictionary as ‘a fire that starts, usually by itself, in a wild area such as a forest, and spreads rapidly, causing great damage.’

‘For the first time in hundreds of years, the night came alive with the music of dragons.’ – Daenerys Targaryen

We know, dragon is not a word specific to A Song Of Ice & Fire, but with Daenerys’ children so prominent we thought it was apt to give the word some attention.

Dragons have always been mythical creatures, in both Westeros and in real life. The word dragon originates in the Latin dracō and the Greek drakōn, words that were both used to describe huge serpents or giant seafish.

Using the word dragon to describe deep-sea creatures is a stark contrast to the modern usage of fire-breathing flying monsters.

Are there are other Westerosi words you’d be interested in learning more about? Let us know.