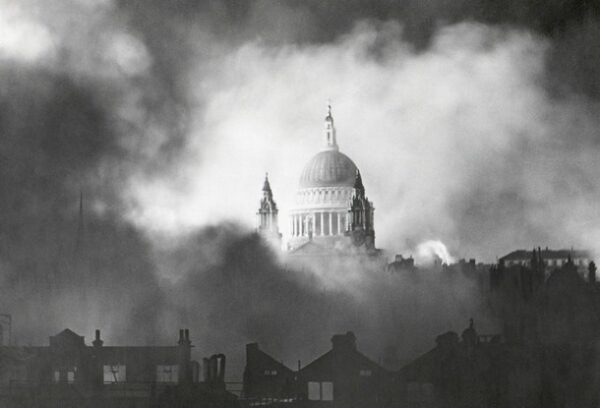 ‘Blitz’ comes from the German word for lightning. Its arrival in the English language can be traced to the German military strategy of Blitzkrieg (literally ‘lightning war’), which used tanks and bombers to secure rapid victories at the start of World War II. When a similar strategy was used in bombing Britain in 1940 and 1941, the British shortened the original German term and referred to it as ‘the Blitz’. Since then, the word ‘blitz’ has come to be applied to any period of intensive activity. You can have a shopping blitz, a cleaning blitz, or a promotional blitz; and the authorities can orchestrate blitzes against perceived evils such as binge-drinking and anti-social behaviour.

‘Blitz’ is a good example of how the disruptions of war can introduce novel words and phrases into the language. More recent conflicts have similarly popularized expressions such as ‘friendly fire’, ‘human shield’ and ‘shock and awe’, the latter being very much the Blitzkrieg of its day.