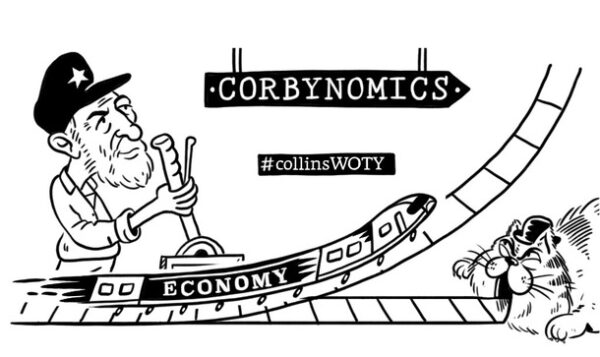 To celebrate Collins Word of the Year 2015, we explore the etymology of ‘Corbynomics’.

Jeremy Corbyn’s successful campaign to become the new leader of the British Labour Party was based on some radical economic policies. He rejected the prevailing idea that the government should cut its spending in order to reduce its fiscal deficit and instead proposed that the government should invest large sums in infrastructure projects in order to boost the economy and enhance public services. Although such ideas are not exactly unique to Mr Corbyn – they are based on the ideas of John Maynard Keynes as put into practice in America in the 1930s by President Franklin D Roosevelt – they soon came to be referred to as ‘Corbynomics’.

This is not the first time that the media have attached the name of a politician to the suffix ‘-nomics’ in order to create a catchy name for a series of economic policies. The free-market policies advocated by American President Ronald Reagan in the 1980s were dubbed ‘Reaganomics’, while the policies of New Zealand’s finance minister Roger Douglas in the same period were referred to locally as ‘Rogernomics’.