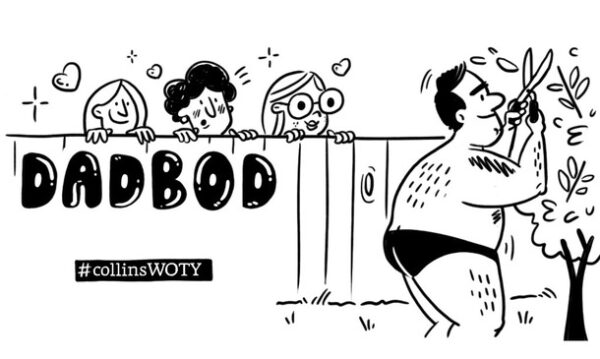 To celebrate Collins Word of the Year 2015, we explore the etymology of ‘Dadbod’.

Dads have something of an image problem in the English language. The word ‘father’ tends to signify wisdom and respectability in expressions such as ‘father figure’ (a person you can turn to for advice, guidance, and help) or ‘Father of the House’ (the longest serving member of the House of Commons). On the hand, the word ‘dad’ – which was coined to represent a young child’s attempt to pronounce the word ‘father’ – usually contains an element of the comic. Dads would love to be as cool and edgy as their children’s generation, but they are doomed to fail.

So ‘Dad rock’ is a name given to a type of rather bland rock music, while ‘dad dancing’ is the sort of embarrassing capering in which middle-aged men indulge at parties. The latest ‘dad’ coinage is ‘dadbod’, which suggests a body type that is slightly plump and lacking in muscle tone, but which may nonetheless be attractive in some unfathomable way.