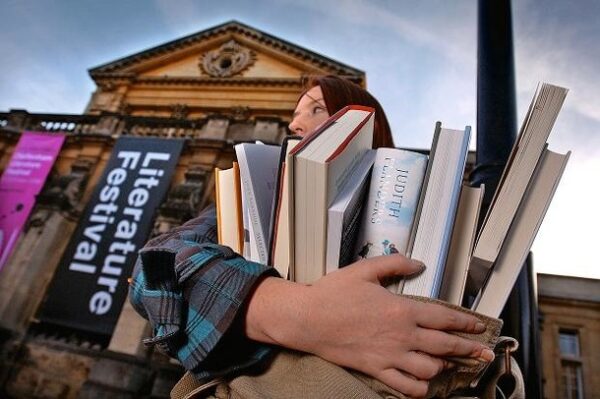 Book-lovers are emerging from their paper cocoons in their book-and-mortar houses, in order to attend the Cheltenham Literature Festival and feed their desire for exciting, new reads. Here at Etymology Corner, we’re feeding your love of words. By no coincidence, this month we explore the origin of ‘festival’.

The Latin word ‘festa’ has also left its mark on English in other ways. In French it became ‘fête’, which then came into English to refer to a large outdoor entertainment; in Spanish it became ‘fiesta’, which has become familiar in English as a word for a carnival; in Italian, the word ‘festone’ was coined to describe garlands of flowers used in religious festivals, and this came into English as the word ‘festoon’.

We can even trace ‘festa’ back to two older Latin words: it was originally related to ‘fanum’ (‘temple’) and ‘feriae’ (‘rituals’). So although we now often associate festivals with secular culture, their origins lie very much in the religious sphere.