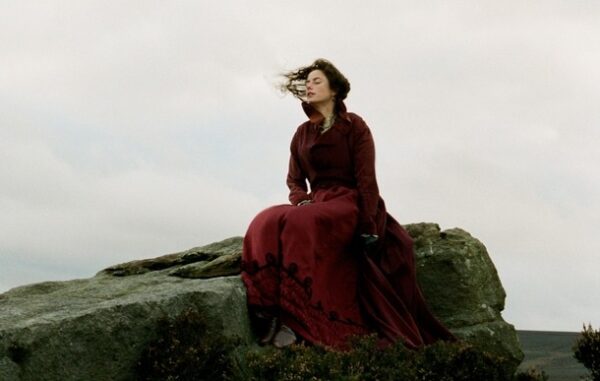 Last week Emily Brontë and Kate Bush shared a birthday. To celebrate Bush’s 57th and Brontë’s 197th, we delve into the origin of the wonderfully Gothic ‘wuthering’.

The title of Emily Brontë’s classic novel Wuthering Heights refers to the name of a haunted farmhouse in an exposed moorland location. Brontë explains that the provincial adjective ‘wuthering’ is ‘descriptive of the atmospheric tumult to which its station is exposed in stormy weather’.

‘Wuthering’ is an old Yorkshire dialect word, characteristic of the regional flavour with which Brontë imbues her work. It is the Yorkshire form of a mainly Scottish dialect word ‘whitherin’. This comes from the now obsolete verb ‘whither’, which meant ‘to blow’, and ultimately comes from an Old Norse word ‘hvitha’ meaning ‘a squall of wind’.

We no longer use ‘whitherin’ or ‘whither’, but thanks to Emily Brontë (and perhaps also to Kate Bush) there is still a place for ‘wuthering’ in the dictionary.