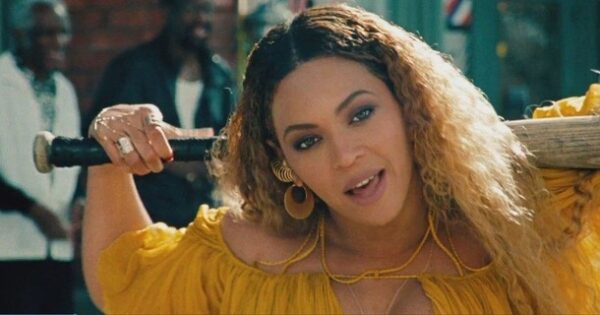 #FreeTheP, Beyhive, and “back of the queue”: April’s Words in the News

One of the most unlikely success stories in television history has got to be the meteoric rise of Game of Thrones, which returned to television screens for its sixths (and, allegedly, final) series in late April. Who could have predicted that a House of Cards-cum-Borgias-esque saga of political backstabbing set in a fantasy world with dragons, cannibals, and ice zombies would become one of the most popular programmes of all time?

But while the intricate plot is compelling, there are those who suspect GoT’s popularity has much do with female breasts, which feature prominently in the series. So much so that last month GoT star Emilia Clarke (Daenerys Targaryen) publicly called for a more even ratio of female-to-male nudity, accompanied by the hashtag #FreeTheP (on the model of “#freethenipple”, where “P” stands for a part of the male anatomy seen but rarely in Game of Thrones).

Of course, the majority of GoT chat was about whether Jon Snow is really dead (btw don’t tell me as I haven’t seen it yet and still know nothing).

Another April release, and one of even greater pop-cultural significance, is Beyoncé’s sixth album, Lemonade. This surprise release prompted even more discussion and analysis than you would normally expect, and a full understanding of its meaning is fast becoming a prerequisite for entry to the Beyhive (the collective name for hardcore Beyoncé fans). As a non-member of the Beyhive, I’ve still been able to glean that the album deals largely with themes of infidelity, and that the title comes from the phrase if life gives you lemons, make lemonade (meaning “make the best of a bad situation”). Beyoncé allegedly often heard the phrase (coined in 1915 by US author Elbert Hubbard) from her grandmother.

Of course, April wasn’t all dragon-mother breasts and lemonade. As the EU referendum draws ever nearer, Remain campaigners warned of an “economic shock” if the UK votes to leave, specifically a “triple threat” to jobs (which will be lost), wages (which will drop), and prices (which will rise). But perhaps the most high-profile endorsement of the Remain campaign came from US President Barrack Obama during a press conference with David Cameron.

Obama, who once told the Yes campaign in Scotland that the US preferred a strong, United Kingdom, expressed America’s desire for the UK to remain in the EU, and then warned that if we do leave, Britain will be “at the back of the queue” when it comes to negotiating future trade agreements. The significance of these words may have passed many Brits by. “Queue”, which comes from Latin cauda (“tail”), is not part of American English. The Yanks always say “line”. Now, Mr Obama is an intelligent man, and it’s likely that he knows the main British equivalents and was able to “translate” for his audience on the fly. But it’s also possible his remarks were a bit more rehearsed than we were led to believe.