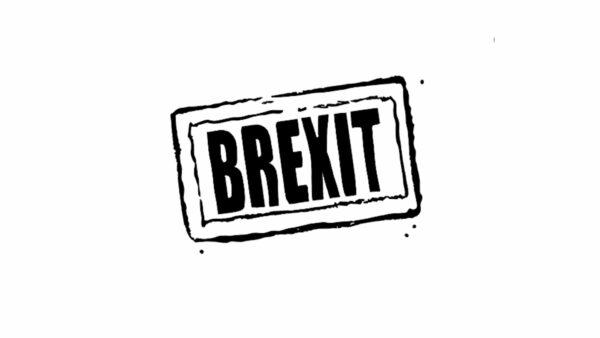 From ‘Brexiety’ to ‘prorogation’: how Brexit has changed the way we use language in 2019

Britain’s exit from the European Union has dominated the news agenda since 2016, when Brexit was nominated by Collins Dictionaries as its Word of the Year. 2019 was supposed to be the year that Britain finally left the EU. At the time of writing, however, that still hasn’t happened, in spite of multiple extensions to the deadline. But if Brexit itself hasn’t happened yet, what has happened this year is the emergence and re-emergence of a swathe of terms generated by the Brexit debate.

One notable language trend this year is the way that almost any word containing the letter ‘x’ can be given a new relevance by using the letters ‘Brex-’ as its opening. This has happened with the word ‘anxiety’, and the feeling of unease over Britain’s uncertain political future has been dubbed Brexiety. The same trick is used to produce ‘Brextremist’ (someone with extreme views about Brexit), ‘Brexodus’ (mass emigration as a result of Brexit), and even ‘Brexistential’ (referring to a crisis over Britain’s identity).

One especially prominent word produced by this process is Brextension, which describes an extension to the deadline for Britain leaving the EU. This word is something of a double whammy, as it can be read not only as a contraction of ‘Brexit extension’, but also perhaps as a contraction of ‘Brexit tension’, conveying the angst involved in the process. At one point in the negotiations, the President of the European Council proposed that an extension to the deadline need not have a fixed date, but might be brought forward or pushed back as events unfold. Given the current mood for playing with words, it is perhaps inevitable that this ‘flexible extension’ is now called a ‘flextension’.

As the various deadlines for Brexit come and go, the language used by those involved becomes more and more emotive. This can even be seen in the names used to refer to activists on the two sides: those in favour of Brexit were originally called simply ‘Brexiters’, but are now more often called Brexiteers, with the use of the ending from words such as ‘buccaneer’ and ‘musketeer’ perhaps suggesting an element of swagger in their campaigning; those in favour of remaining in the EU, meanwhile, are usually called Remainers but are sometimes referred to as ‘Remoaners’, suggesting that they are motivated by petulance over having lost the referendum vote.

As positions become more entrenched, heightened language is used to disparage any initiative made by the other side. A speech or article that seeks to show the dangers of Brexit is likely to be dismissed by the Brexiteers as part of Project Fear. Meanwhile, the European Withdrawal Act that sets out to prevent Britain leaving without a deal is provocatively called the ‘Surrender Act’ by its opponents.

While such language is clearly intended to inflame passions, at other times apparently benign words mask unpleasant truths. The word milkshake has gained a whole new meaning as activists protest against controversial (usually pro-Brexit) public figures by throwing drinks over them. Also on the menu this year is cakeism, which refers to the idea of wanting all the benefits of EU membership with none of the expenses or responsibilities – a term that is associated with Boris Johnson’s professed wish to both have his political cake and eat it.

Besides adding new words to our language this year, Brexit has also revived some older ones. The activity of stockpiling large quantities of goods in case of shortages was previously associated with preparations for surviving a nuclear attack, but the word has come back into vogue as individuals and organizations prepare for the possibility of a no-deal Brexit resulting in shortages of essential foodstuffs and medicines. But perhaps the most unlikely example of an old word that has risen to new prominence in 2019 is prorogue (together with its related noun prorogation). This word, which means ‘to discontinue the meetings of a legislative body without dissolving it’, has been around since the fifteenth century, but few people outside parliament have much cause to use it. It became a hot topic in September, however, when the government advised the Queen to prorogue parliament for five weeks in the run-up to the Brexit deadline and the Supreme Court then dramatically ruled the prorogation to be null and void. The interest surrounding these events created a huge spike in searches for ‘prorogue’ and ‘prorogation’ on the Collins Dictionary website. For all the ingenuity that commentators put into coining new words to describe the turbulence of Brexit, sometimes it was the old ones that had the biggest impact.