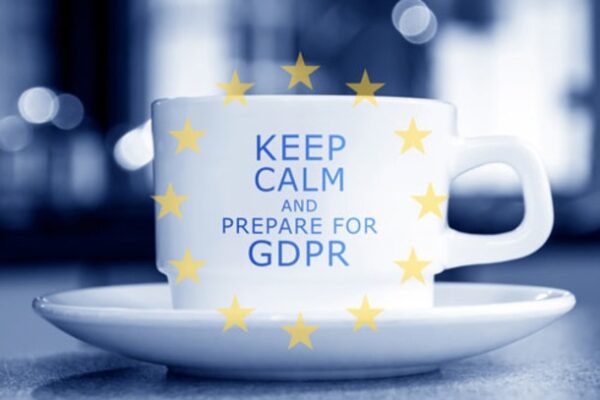 Greetings. I have really enjoyed informing you about new and trending vocabulary in the news and social media over the past few years. However, new data regulations are coming into effect, and these will change what data I can retain and how I can use it. So if you would like to keep reading my Words in the News posts, please Opt In by clicking the link below. Let’s stay in touch!

Obviously this is a parody, but if you have an email address, you will probably have received a cool hundred thousand emails with a similar message over the past 30 days, all thanks to something called the General Data Protection Regulation or GDPR. Now, I haven’t the first clue what this new EU regulation actually says. What I do know is that every business I’ve ever contacted in my online life is suddenly emailing me, begging me to stay on their contact list. And I’m clearly not the only one.

The deluge of GDPR emails has been so great, it has spawned a slew of hilarious memes (of course) and was briefly trending higher on Google than Beyoncé (which is pretty impressive, considering she’s an international icon, and GDPR is limited to the EU). So, yeah, unless you don’t actually have an email address, you’ll have heard of GDPR.

Another thing you probably heard in May is yanny. Unless you heard laurel. Not since 2015’s blue dress/white dress controversy has the internet been so electrified by a perceptually ambiguous stimulus, which is a fancy name for something different people see or hear differently. In case you haven’t heard this one, an audio clip of an artificial voice repeating a single word was posted on reddit, but people cannot agree what the voice is saying. Some hear “yanny”. Others hear “laurel”. I hear “yally”, so what’s up with that? As usual, there’s a complicated scientific explanation as to why we don’t all hear the same thing, but it all comes down to this: perception is subjective. Is nothing real anymore? Click the link below to keep receiving rhetorical questions like this.

But speaking of words we think we heard, but maybe didn’t, this year’s Eurovision Song Contest was won by Israeli singer and “looping artist” Netta Barzilai, with her song “Toy”. The song was notable for its thumping beats, chicken noises, and apparent use of a certain “M-F word” before the watershed, which garnered no small amount of complaints from scandalized viewers. I admit that I, too, assumed Netta was swearing during the performance.

However, the official story is that the lyric in question is “on the MadaBaka beat”. What’s a “MadaBaka beat”, you (rightly) ask, and why is it capitalized like that? I have no clue, and have not been able to find a definition. I suspect it means “a word you claim you said when people get cross with you for saying a naughty word”. My kids know lots of words like that.

Anyway, if you would like to keep receiving updates on MadaBaka beats, please click the link below to Opt In. Let’s stay in touch!