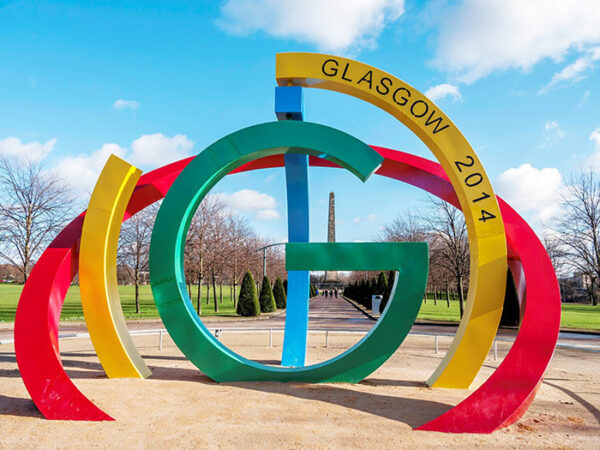 It’s the Commonwealth Games in Glasgow! Get your Glasgow slang in place for a glorious Glasgow 2014!

Most cities have their own quips, spoonerisms and slang terms, but few so famously as Glasgow, whose ‘patter’ has gained prestige from its use in television programmes, comedy sketches and poetry – even whole novels have been written entirely in phonetic Glaswegian dialect.

As for whaurrapattercamefae (where the patter came from), in a nutshell it is something of a combination of Northern English, Lowland Scots and the ‘Ullans’ dialect brought over by the Northern Irish and into the Clyde shipyards.

The patter has resisted change for a long time, but now also incorporates a few English cockney terms for added sing-song quality.

They say ye cannae be taught ra patter; so hawd yir wheesht, read on, and see how much of the below you use in your daily banter to find out how well you speak the native language of Glesga

Note: this list was compiled with the help of Michael Munro, a true Glasgwegian and author of The Patter.

This of course means a firework that explodes with a loud noise, but locally it is used, in the same way as rocket, to mean a volatile individual: ‘The daft wee banger’s ran right roon tae pull him up.’

If someone’s trousers are seen to be too short for him, they may be described as being budgied: ‘Ah’m needin new jeans, Maw. They wans are totally budgied.’ The origin of this usage is not certain, but it could be an echo of an older saying in which someone wearing strides of insufficient extent would be said to be wearing them at half-mast because their budgie had died.

A slang term for tapwater, based on the idea that it’s provided by the authorities to everyone: ‘He gives ye a showin up when we go for a curry an he orders a jug a cooncil juice.’

In Glasgow this is a general term of approval for anything considered excellent: ‘Gallus jaikit, wee man!’ When applied to people it’s more about attitude and includes elements of cheek, self-assurance and boldness: ‘He jist stoats right in through the front door, gallus as anythin.’ ‘Jist wan a these cheeky wee neds that think they’re gallus.’

Also known as square sausage, this is sausage meat shaped into oblong blocks before being cut into slices: ‘Away roon tae the butcher’s for a half-pun a Lorne sausage an a couple a slices a beef ham.’ Apparently the ‘Lorne’ name comes from the Glasgow comedian Tommy Lorne (1890–1935), who was not enamoured of the delicacy, comparing such slices to doormats.

A disparaging term for someone considered not to have a fully-functioning brain, often through self-inflicted damage, consequently talking nonsense: ‘Ye don’t want tae pay any attention tae what mincey heid comes oot wi.’

A serving of fast food (supplied in the type of cardboard box used for delivering pizzas), usually comprising a selection of the types of delicacy craved by those attacked by the particular brand of hunger caused by a bevy sesh: ‘We were that gutted we couldny finish wur munchie box.’

This kind of lightly crusted bread gave its name to a posh way of speaking: a pan-loaf accent. Some say this is because pan loaves, the dark-crusted ‘plain loaves’ commonly sold in Scotland, were more expensive than plain loaves; others explain it by suggesting that pan loaf is Glasgow rhyming slang for toff (pronounced toaff).

Pan-loafy is an adjective formed from this: ‘She had yon kinna pan-loafy way a speakin.’

The activity of surreptitiously picking at a snack of some kind which is concealed in one’s pocket, often frowned upon in school pupils by their teachers: ‘Ah but, Miss! Ye canny help pocket munchin when ye haveny had yer breakfast!’

To ragdoll someone is to grab them by the collar or lapels and give them such a severe shaking that their head flops about like that of a rag doll: ‘Ah’ll ragdoll ye if Ah get ye!’

To throw or sling someone a rubber ear means to deliberately fail to hear, to ignore pointedly, or to turn down someone who asks you out: ‘Ah tried oot the patter on this wee doll but she slung us a rubber ear’; also used as a verb: ‘Ah just rubber-eared um.’

An exclamation of delight or excitement: ‘Yaldi! We’re aw gettin the day aff the morra!’ It’s unclear where this expression came from; perhaps it’s a blend of ‘yes’ and ‘laldy’ – meaning to do something with great gusto, or to seriously lay in to someone.

If you have a suggestion to add to our list, gies it!