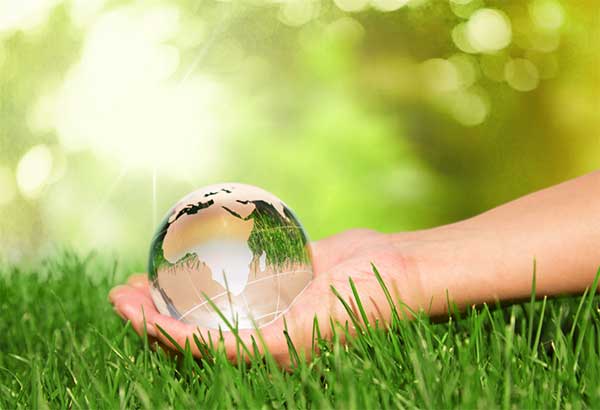 Over the last few years, the language of increasing global temperatures has been — well, heating up. In the early years of the 21st century, a group of Republican political advisers in the US recommended using the term “climate change” because it sounded less frightening than “global warming”. Today, people concerned about greenhouse-gas emissions find both “climate change” and “global warming” too comfortable, and prefer “global heating”, as well as “climate breakdown”, “climate emergency”, or, most alarmingly, “climate apocalypse”. Since “apocalypse” is from the Greek for “disclosure” or “revelation”, it might indeed be a good word to describe the constant news about raging forest fires and melting ice shelves.

The top year-on-year increase in uses for climate-related vocabulary is for Collins’s 2019 Word of the Year, “climate strike”, which does not describe when the climate itself goes on strike, but a worldwide set of protest movements. “Climate strike” was first coined in 2015 for a Paris protest, but it is the work of Greta Thunberg that has rocketed it into the popular imagination. She is the world’s most famous example of a “climate activist”, another increasingly frequent term, and is especially popular among those suffering from “climate anxiety” or “eco-anxiety”, defined as “a state of stress caused by concern for the earth’s environment”.

A sign of the general acceptance of climate concerns, though, is that another rapidly proliferating phrase, “net zero”, doesn’t even require explanation that the zero in question is counting carbon emissions: it is understood that “net zero” is the (projected) state at which companies and countries will on aggregate be adding no more carbon dioxide to the atmosphere.

Such a commitment to “net zero” is part of any “Green New Deal”, the increasingly on-trend phrase to describe political programmes that make the environment central to legislation, more commonly referred to as a “green agenda”. This reflects a resurgence of the word “green” itself to describe both environmental issues and environmentalists. The colour green began to be associated with ecological matters in the early 1970s: in Germany, public concern about nuclear power stations led to the formation of such groups as Grüne Aktion Zukunft (Green Campaign for the Future); while in 1971 a small group of American activists sailed to Alaska to try to stop a nuclear-weapons test. Their ship was called the “Greenpeace”, and so that organization was born.

Global warming might by now have reached a tipping point in public acceptance of the science, but that does not mean it has ceased to be politically controversial. This is clear from the evidence of the Collins Corpus of global English texts. On one side, people are talking more about “extinction”, the death of all remaining members of a species, which comes from the Latin for quenching (for example, a fire or a light), and forms part of the name for the Extinction Rebellion movement of activists. (“Ecocide”, a word for the total destruction of an ecosystem or other part of nature, is also on the rise.) There is increasing reference, too, to “single-use” items (especially single-use plastics, now considered extravagant), and to the hashtag #trashtag, which since last year has referred to a social-media trend for clearing litter from public spaces and posting photographs of the result.

On the other hand, more people are also writing of “eco-fascists”, a term signalling absolute disdain for climate activists by linking them to authoritarian political movements in history to protest their supposed (though not much demonstrated) desire to control all aspects of our modern lives. Such sceptics, though, are swimming against the tide of linguistic change and the evolution of public opinion it represents.

[Steven Poole’s A Word for Every Day of the Year is published by Quercus.]