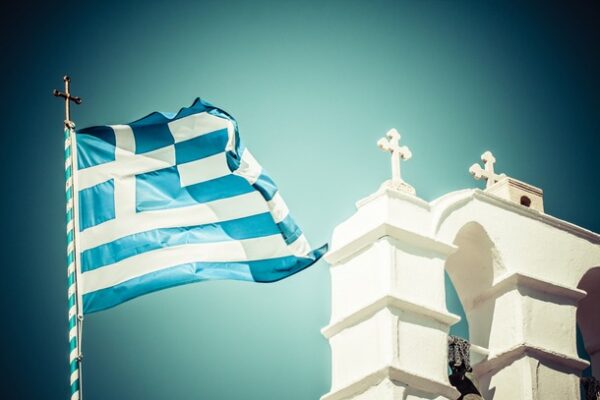 ‘Greferendum’, ‘paperology’ and ‘leap second’: June’s Words in the News

In June, Greece was the word. Or more accurately, Grexit was the word. Yes, since the financial crash eight years ago, the spectre of a Greek exit from the Euro has never really gone away. But last month many commentators agreed it loomed larger than ever, when it was announced that the Greeks will go to the polls in a referendum on the latest bailout package, dubbed the Greferendum, which will take place on 5 July 2015.

The on-going crisis in Greece keeps a variety of often humorous or disparaging terminology in circulation. One of the classics is troika, a Russian word meaning “trio” or “triumvirate”, which has become Greek pundits’ pet name for the country’s three main creditors: the EU, the European Central Bank (ECB), and the International Monetary Fund (IMF). A new one on me is paperology, the never-ending submission of proposals from Greece to the troika, which are rejected, revised, and submitted back to Greece, only to be rejected, revised, and resubmitted to the troika. “Paperology” is a fitting name for this process, as both paper and the suffix –logy come from Ancient Greek (“paper” comes to us by way of Latin and the Romance Languages, but it’s traceable to Greek papyros “papyrus”, the original source of paper).

While we’re on the subject of paperwork, this June saw the 800th anniversary of one of history’s most important documents: Magna Carta. Signed in June 1215 at Runnymede, its name is Latin for “great charter”, and it not only provided the basis of the modern British constitutional monarchy, but also inspired the United States constitution. Interestingly, US speakers always refer to the document as “the Magna Carta”, whereas British speakers often omit the “the”. The British way is more “historically” accurate: Latin has no word for “the”.

Some more recent Royal documents made the news in early June, when The Guardian published a collection of Prince Charles’ letters to government ministers. These have been nicknamed the black spider letters, in reference to the Prince’s sprawling handwriting. Perhaps Magna Carta also limits a Royal’s power to use email?

And finally, if you thought June was a short month, having only 30 days, it just got longer – by one second. We’re all familiar with the concept of a leap year. But on 30 June 2015 at 23 hours and 59 minutes, a leap second was added, delaying midnight (and the start of July). You may notice that your computer is now slightly out of sync with your phone.

As with leap years, leap seconds are added to adjust clocks to the actual rotation of the Earth. But whereas leap years are regularly occurring, leap seconds are not. In fact, they are only announced six months in advance, making it difficult for computer systems to cope with them. However, if we learned anything from the supposed “millennium bug”, it’s that your computer’s clock going out of sync isn’t the end of the world.