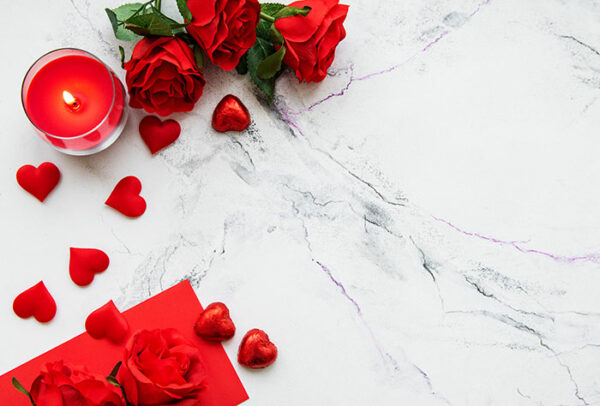 Happy Valentines Day! Here are some international terms of endearment for your beloved

It’s Valentine’s Day! We hope you have a lovely day with, or find, your sweetheart! With the help of Collins language guru Paul Noble and Collins Dictionary consultants, we’ve put together this list of terms of endearment from other languages and cultures.

So why not spice up your day by referring to someone you love as your little squash, cabbage or flea? Just don’t blame us if it ends in disaster!

Chuchu is the Portuguese word for chayote squash, but is also used to describe a pretty or attractive person. The apparent contradiction between the rather bland vegetable and a good-looking individual may stem from the word’s possible origin: the French ‘mon chou’ means ‘darling’ and sneaked into Portuguese, where it was quickly adopted and the ending –zinho, meaning ‘little’, was added thus making ‘chuchuzinho’ a very popular term of endearment.

A colloquial term, ‘ma puce’ literally means my flea. Its origin is not clear but it could be linked to the historic relationship of humans and fleas. Although it sounds distasteful and offensive, in the past, when hygiene practices were limited, it was a family grooming activity to take the fleas off of each other: s’épucer. Puce is used in a few idioms in French, including ‘mettre la puce à l’oreille’ – to drop a hint. A feminine word, puce is also used in an old popular idiom: ‘Elle n’a pas le temps de chercher ses puces’ (she doesn’t have the time to take off her own fleas) to speak about a very busy woman.

As with many languages, the Spanish have taken sweetness into their hearts! The primary meaning of this term is ‘sugar cube’, as used to sweeten tea or coffee. As in English, care must be taken to choose the right term of endearment for the right person and situation. It’s generally thought that ‘terrón de azúcar’ is more than a little bit ‘cursi’, that is to say ‘twee’, or excessively ‘lovey-dovey’. More common terms, perhaps equating to the English ‘darling’, ‘dear’ or ‘love’, would be ‘cariño’, ‘mi vida’, ‘mi amor’ or ‘cielito’.

голубка. This term is a diminutive of the Russian word for dove or pidgeon (голубь). Be careful about using the masculine or feminine form; the latter (above) can have condescending connotations, while the former is almost always used in positive contexts.

As some English-speakers may use the word ‘love’ even when talking to complete strangers, ‘my little dove’ can be used to convey friendliness. Notably, the Russian poet Pushkin used the word for ‘my little dove’ to refer to his elderly nanny in the lines of one of his best-known poems. The verb used to describe the sound that doves and pigeons make is also used to describe the affectionate cooing sounds made by lovers.

Saying to a woman in Arabic ‘you have the eyes of a gazelle’, as a way to woo her, means that the admirer has fallen under her spell, perhaps sooner than she has his. References to the lethal spears of a beautiful woman’s look abound in classical Arabic poetry and song. So haunting was the gaze of a gazelle captured by Caliph Abdul Malik that he let her go free because they resembled those of his beloved.

French has made it onto our list once again! Chou means cabbage, and is used to name various cabbage species: ‘chou-fleur’, cauliflower, ‘chou de bruxelles’, Brussels sprouts, etc. However, it is also used as the equivalent of ‘my dear’ or ‘sweetheart’. Mon chou is used in some nursery rhymes (Savez-vous planter les choux?), and idioms, such as ‘Il est né sous un chou’ (he was born under a cabbage) to refer to someone whose parentage is unclear. Parents often used to explain to children that boys were born in cabbages and girls in roses.

What’s more, un chou is also a puff pastry – ‘chou à la crème’ and ‘petit chou’. Even Marie-Antoinette, the infamously bread-mocking wife of King Louis XVI, called one of her sons ‘mon petit chou’. Be careful not to call someone chouchou though, as it mean’s teacher’s pet!

7. Indonesian: “fruit of my heart”

Indonesians sometimes refer to loved ones as ‘buah hatiku’ which can be translated literally as ‘fruit of my heart’. Particularly useful in referring to someone very dear to you, you will find the term in almost all books and articles on parenting. It also appears as the name of many organizations focusing on children, including a hospital near Jakarta and a number of childcare centres.

Can you add any more? Let us know the term of endearment and the language it is in, and we’ll and it to our list. Happy Valentine’s Day everyone!