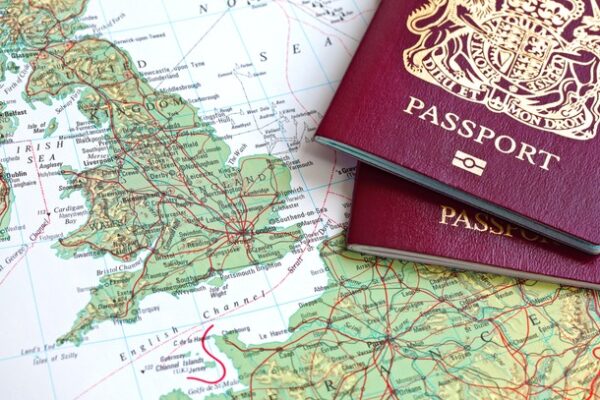 As if Brexit wasn’t bad enough, we now have something worse to look forward to: hard Brexit.

Although we’re all probably sick of hearing about it, the results of last summer’s EU referendum will have repercussions for decades to come, and therefore will most likely continue to crop up in the news. In July, a scant majority of Britons voted to leave the EU, but not necessarily the Single Market and its contingent benefits. However, as the current government’s separation demands are apparently unpalatable to the EU leaders, remaining in the Single Market, presumably with some other economic benefits usually reserved for member states, seems to be off the table (this would implicitly be a “soft Brexit”, though that term has not grabbed many headlines). So it seems we’re heading for a “hard Brexit”, leaving the Single Market entirely and having to negotiate bespoke trade deals with all 27 EU member states individually.

One sticky wicket in the hard Brexit scenario is the loss of passporting rights, which isn’t a Schengen thing at all. Instead, “passporting rights” allow UK-based firms to do business in one or more of the EU countries as if they were operating in the same country. Losing this wouldn’t be so bad, except that many multinational firms require an EU presence, meaning they will have to relocate their base of operations from the UK to mainland Europe.

But if you’re sick of talking about Brexit, think how sick the Americans must be of talking about Trump. In his third and final Presidential debate with Hillary Clinton, the billionaire reality TV “star” called Ms Clinton a nasty woman just moments after declaring that “Nobody has more respect for women more than I do”. Moving on from the absurdity of this juxtaposition, Clinton’s supporters set about reclaiming the word “nasty” (which originally meant “dirty”), as a badge of honour. Social media was briefly flooded with photos of empowered, confident, and qualified women declaring themselves to be nasty.

If only that were the last chapter in this election saga. I nearly had another – gate to report. However, while this impenetrable business about Hillary Clinton’s emails has not been dubbed a “Emailgate” or “Servergate” or something similar, it has been called an October surprise: a long-established phrase which crops up once every four years and refers to a last-minute event calculated to influence the outcome of a US Presidential Election. In this case it refers to the fact that we should apparently be outraged that Clinton saved some emails on a private server. If you want to know why this is an outrage, you’ll have to ask someone wiser than I am, but it does seem to have narrowed Ms Clinton’s lead in the polls. So I was going to close by suggesting that, unlike the Brits and Brexit, the Americans will at least be able to stop complaining about Trump in about a week’s time. Now, however, that may not be the case.