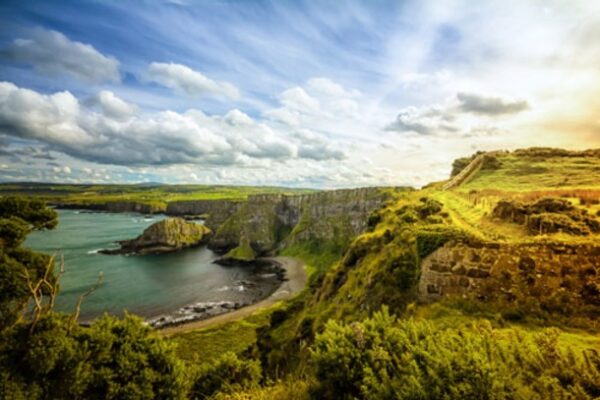 Hipster racism, Pop-up Brothel, and the Irish Question: November’s Words in the News

At a White House event in November, US president Donald Trump referred to Senator Elizabeth Warren as Pocahontas while honouring Navajo veterans of the Second World War, who had translated military intelligence communications into the Navajo language so they could not be read by the Axis powers.

The real Pocahontas was the daughter of Powhatan, chief of the Tsenacommacah, which was not a single a tribe but rather an alliance of several Algonquian tribes, which probably formed to counter the influence of European, particularly English, colonists. Pocahontas is famous for allegedly saving the life of Captain John Smith. We have only Smith’s word on this incident, so it may never have taken place.

Trump’s supporters insist his comments weren’t racist. Whether you agree, they certainly weren’t hipster racist. This term, coined by US writer Zinzi Clemmons, describes white, wealthy, ‘liberal’ people who believe they can say and do racist things without those things being considered racist. Why? Because they’re white liberals who are opposed to racism. (Make sense? Of course not. Racism is racism.)

The term was applied to beleaguered Millennial icon Lena Dunham, when she defended Girls writer Murray Miller after he was accused of rape by actress Aurora Perrineau, who is of mixed race. Dunham’s defence of one of her series’ writers, which she has now retracted and apologized for, may have been prompted by little more than the need to defend her product, but if it was an example of hipster racism, then in this case it would refer to latent or lingering racist views held by young, hip, white people who otherwise believe they are not racist.

So far, November’s words in the news have already been full of surprises, but I can honestly say that one phrase I never expected to see in a headline was pop-up brothel. I mean, does everything have to be rebooted for the 21st century? So, a pop-up brothel is a temporary or short-term base for sex work. While it can be an old-fashioned hotel room, some are arranged or secured using rental services like Airbnb. This is apparently totally illegal, but then how legal, really, is a pop-up restaurant in someone’s cramped London flat? What a world!

Finally, and to end this on a more sober note, Brexit faces yet another potential derailment in the shape of the Irish Question. The Irish Question is, put simply, the problem of a required hard border between the Republic of Ireland (which will remain in the EU) and Northern Ireland (which will exit the EU along with the rest of Britain). The original Irish Question, coined in the 19th century, was the question of Irish Independence. Both are formed on the model of the “famous” Schleswig-Holstein Question, which had something to do with relations between Germany and Denmark. But apparently only three people understood that one, and I’m not among them.