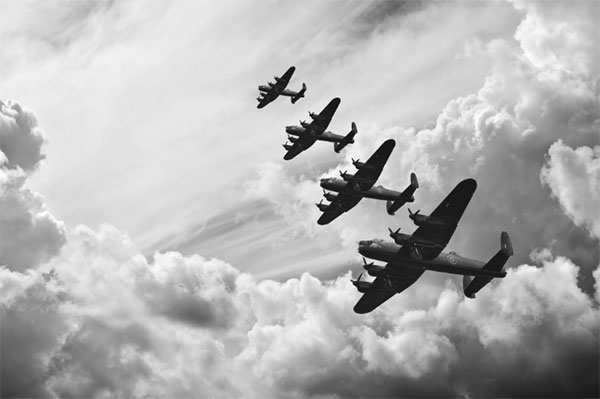 Throughout World War II Dame Vera Lynn buoyed people’s spirits with her classic song, “We’ll Meet Again”. Today is the seventy-fifth anniversary of the end of that war, which devastated Europe and cost untold millions of lives. VE: Victory in Europe. Let us honour in our memory those who lost their lives and honour in their lives those who lived through it.

War has its own vocabulary and individual wars have theirs. Some of it is immutable, some subject to change. Modern wars use neither trebuchets nor poleaxes, nor do modern armies undermine castles. While trebuchets have vanished from everyday English, to poleaxe and to undermine haven’t. What was once all too horribly literal becomes fossilized as metaphor – a process that creates a sizeable chunk of our language. Sometimes the metaphor is so dodo-dead we don’t spot it: before it was a metaphor, to undermine was to dig under and sap the foundations of a fortress.

Some of the political rhetoric deployed in the … fight against Covid-19 employs the vocabulary of battle: war cabinet, an army of volunteers, the frontline NHS staff, an exit strategy. The Prime Minister has even spoken of “a fight … in which every one of us is enlisted”.

Members of the commentariat roundly criticize politicians for using khaki-tinged language when we are not “at war”.

Early in the UK epidemic, for example, Simon Jenkins categorically cautioned (6 March): “Never, ever, should a government use war as a metaphor in a time of peace.” He considered such martial talk alarmist hype. Nor is he alone. Another journalist arguably shot himself in the foot when suggesting: “Politicians … who now routinely resort to wartime metaphors … to describe the battle against Covid-19 do so at their peril.” What is that “battle” if not a war metaphor?

It seems impossible to object to metaphors without using them.

The argument that strictures against martial language misfire (see what I’ve done there) is strong. For sure, we are not physically at war. No military personnel with weapons confront enemy military personnel with weapons. Yet, in other ways we are indeed “at war” precisely because powerful parallels exist between real war and dealing with this illness. (I thought hard there to come up with a non-militaristic verb.) Here are just three analogies out of many: in war people die; you don’t know when the next attack will come; you must act quickly and decisively.

When people describe illness, they cannot help but choose from an armoury of metaphors that embody those and other analogies. For example, NHS staff treating Covid-19 are described as frontline so routinely that one forgets frontline in this use first applied to trenches at the front in World War I.

Leaders are, I submit, not being cavalier (there’s another one) when using such images. On the contrary, they are voicing a powerful overriding metaphor: to fight an illness or disease is to fight a battle or wage a war, and the illness in question is the enemy. For instance, in everyday language, if someone dies of cancer, they might be said to have lost a “long battle” against it. Such metaphors enable people to deal with what is abstract and frightening in concrete and therefore graspable and manageable terms.

Political rhetoric is no different. When the Secretary of State for Health and Social Welfare proclaims (4 May), “the aim … is to hunt down and isolate the virus”, the metaphor of warfare (guerrilla in this case, or house-to-house fighting) is ramped up further by personifying a virus as a human and fugitive enemy.

VE Day marked the end of a real war. There will be no armistice marked on the calendar for Covid-19, but it will eventually be vanquished, we can be sure. Till then, all’s fair in love and metaphor.