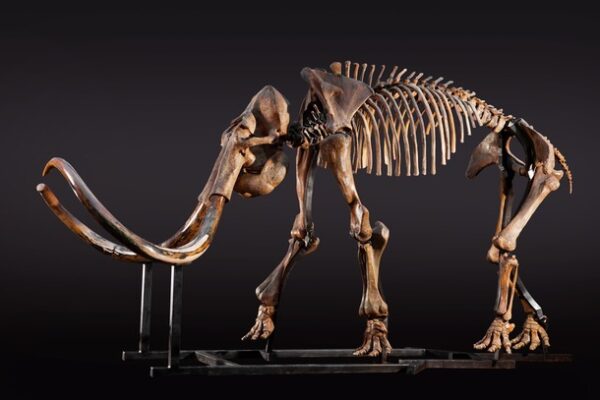 Let’s start with the good news, shall we? It won’t take long. Mammoths are back! Nearly! Sort of. Sort of nearly. No, not nearly. But maybe, one day, almost as many years from now as they have currently been absent. Let us not concern ourselves with details. The important thing is that a Harvard professor mentioned in a speech that there is a research team working on producing a mammoth-elephant hybrid embryo somewhere. So far they have only produced the term mammophant (submitted by Pivot) but here at the Collins word blog, that is already more than enough! The resulting reporting also gives us de-extincting (also provided by Pivot) but that is so ugly that I am hoping that it will soon die out. Aesthetically fit for survival it is not.

Speaking of hybrids, contributor Claire sends us kalette – or rather, Kalette, as it is the trademarked name of a vegetable that, the manufacturers assure us, combines the best features of kale and Brussels sprouts. The mind – and digestive tract – boggle. Claire also submits nooch, which is a shortening of “nutritional yeast”. This is flakes of cheesy/nutty-tasting stuff that vegans use instead of proper food and seasoning, just so that animals don’t have to be killed. But hang on a minute – isn’t yeast alive? Unicellular member of the fungus family it may be, but if you add water and sugar to it does it not breathe? Or at least burp a little gas and aerate whatever’s around it? Isn’t that worthy of consideration? We currently have leaders of opposition parties that do less.

I came across a word new to me this week in conversation with my teenage goddaughter who mentioned her Finsta. I panicked. Was it a new drug? New hairstyle? New Scandi import now that hygge’s day is past? No – it’s short for “Finstagram” which is apparently short for “fake Instagram”, which is the private account you set up to share only with close friends and family. Instead of the carefully curated pictures of perfection on your public account, this one is where you can plunk all your “ugly” selfies, daft posts, in-jokes and let yourself go a bit. “So…your fake account is more real than your real account?” I said, confused. “No,” she said. “Because it’s private.” Baudrillard, thou shouldst be living at this hour.

The trouble is, of course, that I am a “midster”. This contribution from runriot means “middle aged person” and yet somehow hurts worse. Pass me another kalette and nooch smoothie. If the mammoth can turn back time, maybe I can too.

Still, the way things are going my goddaughter and her friends will be lucky to make midsterhood – midsterdom? – themselves. Let’s hope the powers that be get one of those new planets that have just been discovered made habitable sharpish. Or that WordMonkey’s submission Zealandia – fragment of land that broke off Australia about 70 million years ago and currently lies submerged in the Pacific Ocean. Arguments have recently been made for it to be considered a continent in its own right. Mainly, I suspect, because of the increasing number of people willing to live out the rest of their days underwater in scuba gear than face life overground in the Trumpocene era.

Until next time, my friends.