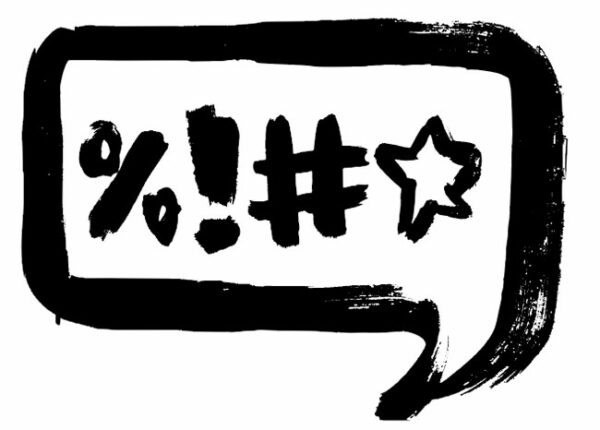 Lucy Mangan discusses her pick of the latest new word submissions. Has yours made it in?

Ay caramba (remember that one?)! So many submissions, so little time. I’ve been absolutely spoiled for choice but, as I mentioned in my previous column, ‘amazeballs’ was the first to catch my eye, partly because I had only recently come across it for the first time (in a tweet from How To Be a Woman author Caitlin Moran) and partly because it contains the word ‘balls’. I liked it then and I like it now. You can drag out the syllables to convey a nice sense of lingering wonderment but because it still ends with ‘balls’, it stays suitably punchy. It’s doing at least twice as much, therefore, as I would normally ask of an expression of happy surprise.

Then I came across an article on Slate.com – http://www.slate.com/blogs/browbeat/2012/12/27/who_coined_amazeballs_and_why_do_they_hate_humanity.html – from whose URL alone I was able to deduce that mine may not be the majority opinion out there. I looked at the word afresh after I’d read it, but I’m standing by my original take on it. I think ‘amazeballs’ is amazeballs.

Also noted in my previous column was ‘fandabidozi’, which, as any Brit over the age of 35 knows, was the catchphrase of Jimmy Krankie (for youngsters and non-Brits, he was half of comic duo The Krankies – a Just William type character but Scottish and played by a woman called Janette. Her husband Ian played Jimmy’s embattled father. No, well, look…you’re just going to have to take my word on this, OK?) and the purest expression of glee ever coined. It was our ‘amazeballs’, but universally loved. I miss The Krankies.

Mentioned too was ‘bashtag’, a Twitter hashtag that criticises someone or something. I love it because it’s a neat, funny play on words and genuinely useful. How often does that happen in life? I would very much like this to become common parlance. Maybe we could get it trending? Or would that be so meta it would blow all our minds?

I also liked ‘exposome’, the totality of environmental factors (‘expo’ – outside; ‘some’ – of the body) that affect our health. I chose this partly because it seems like a useful word in itself, enabling discussion of something that is surely becoming more important by the (increasingly polluted and toxic) day. Another reason for its selection is because its relationship to chromosome gives me the chance to share the story I learned from a science documentary a few years ago about why on earth the bundles of genetic material inside each cell are known, of all things, by a name meaning ‘coloured bodies’. It’s because of the dyes used by early researchers in the field to discover and distinguish the different parts of cells. I had honestly always wondered.

From the list of more recent submissions, ‘user-hostile’ (submitted by VEGCON) made me laugh and – as it describes most of my interactions with technology – tuck it away in my mind for much future use. ‘Tweeb’ (from Daved Wachsman) made me laugh too: there is something inordinately pleasing about updating modern words as the importation of the Twitter ‘Tw’ does here to ‘dweeb’ (I’m assuming ‘dweeb’ was a relative latecomer to the language, given that it would seem to depend on computers, blackout blinds and overwashed band T-shirts being invented first). Now it paints an instant portrait of someone more tech than human – earbud wires trailing, phone in one hand, iPad in the other and seventeen cybermeeting-places being monitored at once, from Twitter to MySpace to things I don’t even know have been invented yet, because I am 106 years old.

I would love the contract of diarrhoea and vomiting – ‘vomarrhea (from PMC)’ – to make it into normal circulation. ‘Diarrhoea and vomiting’ takes too long to say. By the time you’ve finished, the image of you leaking from both ends has sprung unavoidably into your listener’s mind and has to dwell there too long. It’s an illness and, if you are in front of your boss without a sick note, an explanation that is best glossed over. And calling it ‘D&V’ doesn’t help, because half the time people mishear you and you’re even worse off than if you’d just said the whole thing at the beginning. ‘Vomarrhea’ – although I’d prefer to see it spelled with the ‘o’ to make things, in print at least, quite clear – would do nicely.

I read an appalling piece in the newspaper at the weekend by a woman explaining her decision to send one of her three children to private school, which included details of the bullying he’d suffered at his state school, his shyness and extreme sensitivity, and his bedwetting – all accompanied by pictures of him (looking about as unhappy at being photographed as you can possibly imagine) and all his family, all wholly identifiable from at least a hundred paces. Now, thanks to Daved Wachsman again, I have a word for her crime: ‘oversharenting’, the practice of disseminating details of your offspring’s lives on Facebook, Twitter and other public forums, up to and including in this case, national newspapers. Oversharents (can we do that?) – stop it. Stop it now. You are being totally unfandabidozi. Thank you.