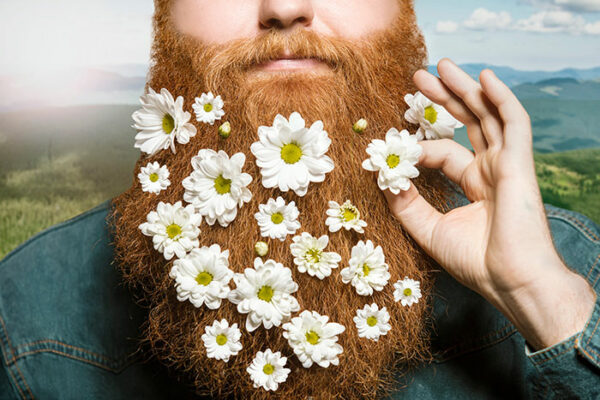 Lucy Mangan has been confronting her fears in this week’s blog – just don’t ask her for a meeting about it!

In light of the thrice-weekly horror currently being visited upon the nation by newly fungal-faced Jeremy Paxman’s appearances on Newsnight, it behoves us all to thank am_soara for his or her timely submission of ‘pogonophobia’, or ‘fear of beards’. It will give all the letters I am intending to write to the BBC’s complaints department a nicely medical ring and might get me taken more seriously. Clearly the repeated calls to the Newsnight desk screaming ‘What IS it?! What IS that?! Getitoffhimgetitoffhimgetitoffhim!’ are having no effect. If any of you out there know a classical term for ‘the unacceptable development of facial topiary that destroys the sexual fantasies of a not-insignificant proportion of women aged 30-45’, let the record show that I am in the market for that too.

Ever-useful too is Nic’s contribution to our semantic smorgasbord – ‘borringe’; to have borrowed something from someone and cringe every time you see it or him/her and are reminded of your tardiness in returning it. I like the idea of a classic children’s book being built on this concept – The Borringers, in which a tiny, depressed race of people live under the floorboards because they have been so crushed by ancestral guilt at living off other people’s resources for generations.

It also sounds like some kind of alcoholic porridge – surely the ultimate Scottish dish – and any Caledonian entrepreneur who wants to develop this product has my and my great-auntie Magaidh’s (that’s Scots Gaelic for ‘pissed as a fart’) immediate consent. You’re welcome, Scotland.

I have been self-employed for nearly a decade now and still not a day goes by when I don’t thank the sweet Lord that I no longer have to answer to anyone. Anyone but my bank manager, mortgage provider, credit card company and the vet’s account manager, at least. For me, the tedium of office life and particularly of office meetings, those tabled hells where youth, laughter, productivity and the chances of making the 6.35 home go to die, is no more. But, steeped in compassion as I am, I shall spare a daily thought too for all those suffering from ‘meeting sickness’, which arrived with us here via AustinAllegro. A surely self-explanatory illness which is pleasingly consonant with ‘sleeping sickness’, a minor variant of which has afflicted even the most robustly constituted among us when trapped in the third boardroom gathering of the day.

Ankit88 submits ‘doormates’ as a synonym for ‘neighbours’, which is so neat that it makes me want to dedicate my life to making ‘dorm-mates’ – the US term for students sharing rooms in college – as common here as it is there so that all may work as it should. At least when I’m not busy trying to make ‘fauxcial network’ (from NAO) happen. NAO defines it as ‘an internet social network that never does anything in the physical world’ but I would like to refine it – or, possibly, just make it more pretentious – and use it as a comment on the essentially false nature of all internet interactions, however much we have come to believe otherwise. For some reason I see myself using it as I stand in a pink satin cocktail gown, holding a martini aloft beside an Art Deco fireplace. ‘Oh! Are you fauxcial networking again?’ I say to some ghastly peon who is tapping away on his iPhone next to a mahogany card table. ‘How unchanting!’ Unchanting! That kind of brilliance just tumbles forth when you have a martini in your hand, you know. Just ask Dorothy Parker.

Whereupon the peon should punch me in the face and leave, but it’s my mental image so tough Twenties flappericity to you.

Hmm. Sometimes, I think, maybe I do need to answer to someone.