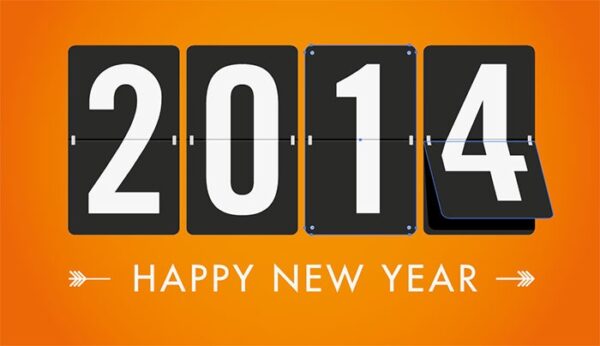 Lucy Mangan has put together her New Year resolutions!

Hello again, and happy 2014 to you all! I am informed that under new EU legislation it is possible to make New Year resolutions at any time up to January 31st, so here are mine:

1. Design – or, in view of the fact that I draw with all the dexterity of a clubbed seal, establish a charitable foundation in order to commission someone to design – a font for sarcasm. I can’t survive much longer in a world without it and nobody seems to be applying themselves with any great urgency to the problem.

2. Start agitating for change instead of inwardly screaming at people who include silent letters when they abbreviate the likes of “should”, “would”, “could” etc, thus presenting the reader with “cld”, “wld”,“shld” and so on. WHY HAS THIS BECOME THE THING? It makes those silent letters (hangovers, I presume from some historical quirk of pronunciation or derivation, vestigial remains that coud and maybe even shoud be banished from the words themselves, let alone from their abbreviated forms) become – mentally – sounded, and is nothing but CONFUSING. “Cld” suggests “cold”, not “could”, “wld” becomes closer to “world” or “wold” and “shld” cd be bldy anything.

3. Decide once and for all what I’m going to do when I need to emphasise the second word of a sentence that has started with “I” in a format that doesn’t permit italics. My instinct is to capitalise, resulting in, for example, “I REALLY wish I wasn’t so exercised about a few excess consonants scattered across the world”. But that makes it sound like I am shouting the first two words instead of just the second one. I can’t use a lower case “i” because obviously that would kill me. And I increasingly feel that I can’t use asterisks (“I * really * wish…”) because that’s used to excellent effect on Twitter for asides (* thoughtful face *) and I do not wish to muddy the waters. There’s underlining, but if a format doesn’t allow italics, it usually doesn’t allow that either. This one’s a puzzler.

4. Find a way to wedge useful words I came across too late in life for them to become a fully integrated part of my working vocabulary into the remaining functional divisions of my memory banks so that I can start recalling and using them properly. Like “minatory” and “egregious”.

5. Start a crusade against the infiltration of “campy” instead of “camp”. It’s “camp”. I know it doesn’t look like an adjective but it is. A camp manner. A camp programme. It doesn’t need a “-y”. Otherwise people will be walking campily instead of camply. And that’s too camp. They’ll do themselves an injury. So stop it. Stop it now.