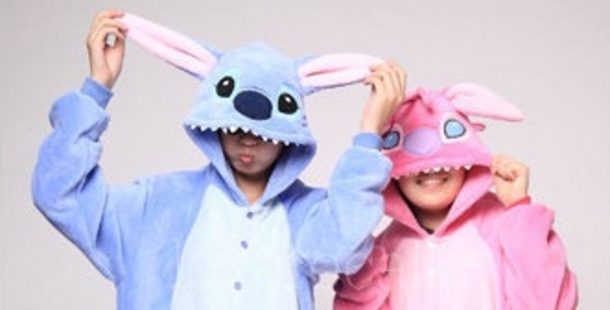 Lucy Mangan is back on your word submissions this week, taking on ‘meetnapping’ and ‘brunneous’ among others

Well, hello again. First off – my heartfelt thanks to tikitaka for his or her submission of “cosplayer” and accompanying explanation of it as “someone who wears costumes and acts out roles based on them.” It is a term I have been coming across a lot lately, in my general reading, but never within a context that yielded an unambiguous definition of it. This may have been partly because I was always pronouncing it “co-splay” in my head, which made it a word I really didn’t want to Google. I made that mistake once before, with “plushies”. I have not been the same since.

Still, it seems that “cosplay” does often involve dressing up and role-playing as manga and anime characters, and I think we all know where THAT leads within a few clicks, so perhaps I was right to be wary. Be careful out there.

I very much enjoyed “meetnapping” too, from newcomer (I think – do correct me if I’m wrong) dicmxf, which is the practice of forcing someone to attend a useless meeting. Tautologies aside, this gives me another valuable pro to balance against the proliferating cons of freelance life (no sick pay, no maternity leave, no watercooler gossip, only one bit of birthday cake a year and no-one to wash up the coffee mugs in the sink). And I also like the way it also suggests that the attendee will exact a fitting revenge by sleeping through the meeting and waking refreshed while his abductor has been wrestling with the final stages of the database design before it goes live on Tuesday. Or something. Look, I’m working alone from home, okay? I have no-one to bounce ideas off. It’s a database, going live, on Tuesday. Just leave it.

Another lovely newcomer – welcome, welcome, dear lundaylc! – has provided us with the charming “brunneous”, meaning “dark brown”. It’s good. It looks dark brown, doesn’t it, “brunneous”? It sounds dark brown. You can’t say it without rumbling darkly, like a bear. A brunneous bruin, perhaps. I shall start using it immediately. I think it’s particularly well-suited to a certain state of mind. I would say I am in a deeply brunneous mood at least three times a day. But it is lightening now. My brunneous mood is lifting. Oh yes, I like this word.

RobertG contributes “cocktail watch”. At first this reminded me of the old…well, I don’t know if it quite qualifies as a joke or an anecdote because it’s not structured or funny enough for the former and not personal enough to be the latter, but it’s an old something. You decide… It reminded me of the wife who says to her husband at a party “That’s enough wine.” “But I’ve only had three glasses!” “You’ve had five, but who’s counting?” But in fact it is a simpler business – a cocktail watch is a dressy watch that amounts to a piece of jewellery to accompany a nice cocktail frock. I wish I had that life. But in the cons column of freelance life one must also “Wardrobe consisting entirely of stained jumpers, holey cardigans and fleece onesies”, and so I must acknowledge that when it comes to instituting a life of glamour and fancy timepieces the balance of probabilities has probably fallen past the point of no return.

On the other hand, things could be worse. According to regular presence in these cyberpages, Tommy, there now exists the “suitsy” – a onesie designed to look like a business suit so you can wear it outdoors.

As this new knowledge slowly settled in the people’s minds, a brunneous mood descended across the land…