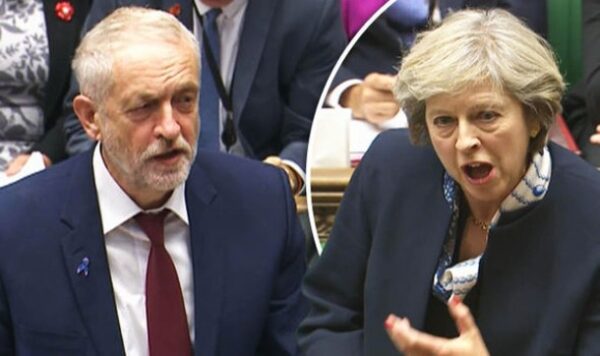 Every election yields its share of bafflegab – intentionally confusing jargon – along, of course, with all the gab that is not necessarily intended to baffle but somehow manages to do so anyway. This election has been no different. As the nation prepares to head to the polls we will soon see which of the psephologists (those who study election trends, polls and results – I cannot help but imagine entire wings of asylums dedicated to the poor souls driven quickly to perpetual insanity by this choice of career) were correct.

Will Mayism (the bundle of policies, U-turns and scare tactics employed by the current Prime Minister Theresa May – a.k.a. disMayism if you are otherwise politically inclined) trump Corbynomics (the assortment of policies, teenagerish hopes and wishful thinks offered by Jeremy Corbyn)? Supporters of the Maybot (the PM’s nickname, gifted her in response to her apparent inability to sound like a human being at any point on the campaign trail) will likely be boosted by the Bradley effect, which is the name given to the phenomenon whereby people lie (to psephologists – see? This is what drives them insane) about their voting intentions because they fear the obloquy that will follow. Which of course begs the question of why they are casting their ballot for someone they are ashamed to vote for – but again, this is why there are whole wings set aside for people who investigate these things. In polite circles, these covert voters are known as “Shy Tories”. Bless.

Shy and extrovert Tory voters are expected to combine to outnumber both Corbynistas (class warriors who would like to see Britain turned into one giant collectivised farm watered with the blood of the bourgeoisie) and normal people who still support the Labour party despite Corbyn and the Corbynistas and deliver a resounding Conservative win that will leave those not on the side of victory longing for the days of Milifandom (an online campaign, primarily amongst young voters, demonstrating their support for the then Labour leader Ed Miliband in the run up to the 2015 General Election) and a small, guttering flame of hope. Ah well. At least the rival Cameronettes’ hashtag then and the Maylennials this time round did not gain much traction.

Overall it’s been the customarily unedifying spectacle, dominated by flugies (rules that help only the rule makers) and snollygosters (politicians who put holding onto office before principles – a word that is rapidly become tautologous within itself). Apropos nothing, Boris Johnson suddenly come to mind. He of course gave us the hilarious description of Jeremy Corbyn as “a mutton-headed mugwump”, which cemented BoJo’s reputation either as a filigree wordsmith or constant desperate striver after effect. Delete according to taste.

See you at the ballot box, chaps, comrades and Lib Demmers. Psephologists – hang on in there. This will all be over for another four years soon.