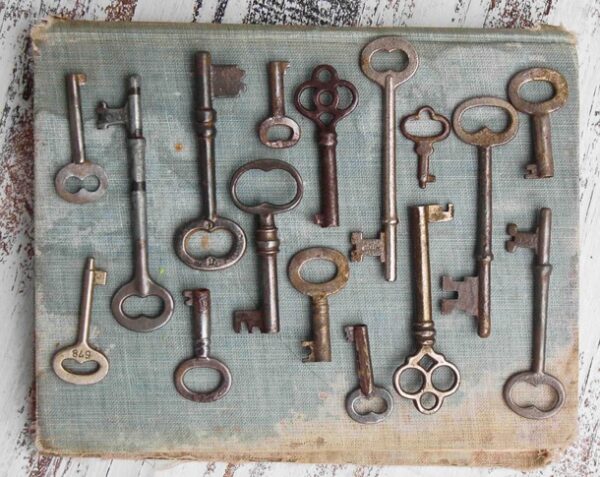 Lucy Mangan’s back with your latest word submissions, from ‘cagophilist’ to ‘epicoolsome’

Sometimes I feel very blessed to have this job, with the glimpses into the secret pockets of people’s souls that it affords me. Sifting through submissions can be revelatory on many levels. Take, for example, cagophilist meaning – though there seems to be no etymological basis for it – collector of keys. It was submitted by Cagophile who, we may assume, is an out and proud key collector. I conjure an image of a happy man, with at least one spare room but possibly all his rooms, gaily hung about with keys of all types and able to disburse copious amounts about every one should a fellow ‘phile or even ordinary visitor drop by. A moment’s research, let me tell you, quickly draws you in. Did you know that the part of a key that goes into the keyway of a lock is called the blade (into which the unique pattern of ‘cuts’ are…well, cut to make the teeth or “bittings”), while the part you hold is called the bow and the bit just below (before the cuts begin) is the shoulder? That’s for yer standard Yale-type key of course. Lever lock keys – those long, slim ones – have no shoulder, but a shank (or stem, or shaft – I don’t know if there has been schism over the years in the cagophile community according to who prefers what. I like to think so), collar, throating and pin below its bow. And don’t get me started on Abloy keys, whose cuts are made at different angles so that its locks are almost impossible to pick…

I think I might be a nascent cagophile. In an insane world, it seems the sanest choice. Unless I turn to snackadium-building instead. A snackadium, according to RobertG, is a scale model of a sports stadium built entirely out of – yes, I do think you have guessed it – snackfoods. The internet reveals this to be primarily an American hobby and that the Americans are very, very good at it. I suggest we British do not try and compete. We have neither the range of stadia nor, most certainly, the range of snacks required.
But on with the insights into people’s souls I am periodically vouchsafed. PeterMIrons, for example, has submitted both peritomophobia – fear of circumcision – and tomophobia – fear of surgery. Peter – if nothing else, do get a second opinion before you sign any consent form. There might be a way out yet.

More cheeringly, there’s Harrymcdonald’s Poogle, meaning to do a Google search while on the loo. Harry, I hear you and salute you. Now let’s both wash our hands.

Most cheeringly of all there is terry_west’s epicoolsome. I quote his exuberant definition in full that you might have the full measure of the man. “Epicoolsome is the best something can be. It is when some action, event or other thing is too good to be cool, better than epic or more awesome than awesome. When there is no word left to describe how good something is then it is EPICOOLSOME.”

Terry, in an increasingly challenging world, YOU are EPICOOLSOME. If I could bottle you, I would distribute you nationwide, then hop across the Atlantic to do likewise across Snackadiumland. More power to your optimistic elbow.

Now, if you will excuse me, I’ve got some keys to buy.