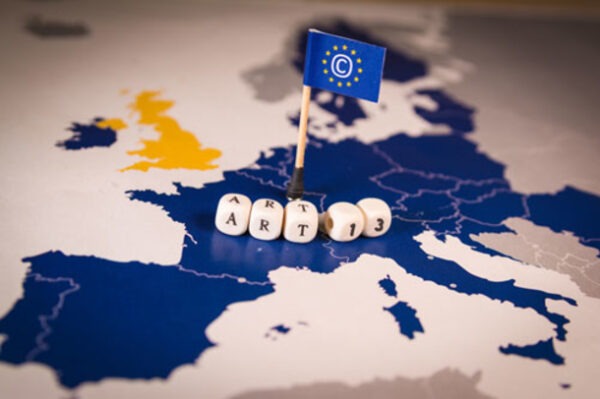 It’s Two For the Price of One month on the Collins Dictionary blog. Yes, one news story is yielding two new pieces of vocabulary. Lucky me! And not so lucky for anyone who uses the internet to communicate on a regular basis.

The European Parliament has voted in favour of a controversial bill called the European Union Directive on Copyright in the Digital Single Market. Say that five times fast. What makes this directive controversial in particular are Article 11 and Article 13. The former, also dubbed the Link Tax, would require pages like Google News to pay for displaying snippets of other publishers’ articles. The latter (and more despised), dubbed the Meme Ban, would require social media sites like Facebook and Twitter to crack down on their users posting copyrighted material. Even if it has been altered and captioned to produce, you know, memes.

Tell me this: if memes are banned from social media, how are millennials expected to communicate? Luckily the directive still has some more hurdles to overcome before it comes into effect.

But if memes are facing a ticking clock, they’re not alone. So is a large portion of the UK adult population, apparently. Early in September, the NHS launched an online questionnaire, called the Heart Age Test, which was meant to alert users to their potential risk of heart attack by “calculating” their “heart age” (I used the inverted commas because, even as a linguist, I know enough science to be suspicious of using an internet quiz to measure, well, anything at all).

The test, while probably well-intentioned, caused problems when a high number of users found their heart age was significantly higher than their real age, and that a heart attack was allegedly imminent. What was meant to be an efficient bit of “remote doctoring” ended up flooding doctor’s surgeries with panicked callers.

This reminds me of the time I visited the Death Clock website and learned that I was due to die five years ago. Or the time I took that Buzzfeed quiz and discovered my Disney Princess is Jafar.

Anyway, whether your heart is expected to stop working soon or not, one thing no one expects to restore your lost youth is drinking gin. But that hasn’t stopped ladies behind Young in Spirit from launching a collagen-infused gin called, wait for it, Collagin. I swear I am not making this up. In fact, you probably saw it on Dragon’s Den. So, yeah, it’s gin, with added collagen. And the makers don’t actually claim it delivers collagen to your body or makes you look younger. Except they sort of do, because their company is called “Young in Spirit” (geddit?), and why else would you put collagen in an alcoholic drink?

Again, I’m a linguist, not a scientist, but still I’m pretty sure that drinking gin will never, ever, make you look younger. Also, it will seriously raise your “heart age”. I learned it from an internet quiz.