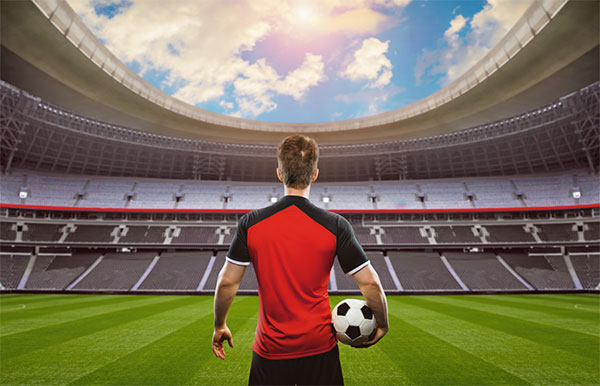 One snooker doesn’t make a summer

Ah, summer in England! Strawberries and cream at Wimbledon as sun (or rain) beats down on Centre Court and the boisterous crowd throngs Henman Hill. Or a bracing dip at the lido followed by post-immersion goose pimples making it feel especially wonderful to be alive.

Except that this COVID-summer will not be quite so idyllic. With Wimbledon erased and swimming pools so far unswum, the leisure calendar is looking a bit threadbare. But there are signs of the famous “green shoots” elsewhere.

On countless village greens the “Thwack!” of leather on willow will once again resound and the mysterious lexicon of cricket will get its summer airing. Howzat! Petrolheads can get their fix remotely when Silverstone hosts crowdless Formula One. At the opposite end of the adrenalin spectrum, a select band of snookerheads will be there in person to watch their heroes beating the baize at The Crucible. And at a midpoint on the blood-rush scale, the Premier League is back in action, so football fans of all persuasions, from superfit to couch potato, can watch their favourite soccerati gods. Goooooal!

The Premier League’s Project Restart isn’t as exciting as going to the match with your mates, but given social distancing is still in force, sitting at home with your bowl of nibbles and your can of booze is the least-worst alternative. Why, there are even recorded crowd noises in the background to provide that authentic viewing experience. Except that sometimes the jubilant hubbub of a goal being scored erupts for what is merely a save. Worse still, above the phantom crowd sounds, loud and clear, some players can be heard cussing and turning the air blue.

And why watch from a distance if you can outsmart restrictions? One Polish fan of the Wrocław (pronounced vrotswaf) team hired a crane, parked it outside the ground and raised the platform until he could see the pitch. That’s true fandom for you.

Amid the national obesity crisis, it’s easy to forget that Britain is the cradle of so many sports, summer and winter alike: football, cricket, snooker, golf, tennis, rugby, curling and shinty.

Like so much English, cradle here is figurative, not literal. It’s a perfect illustration of how words accrete new meanings when people apply them to something different – and often more abstract – that is, when they use the word metaphorically. And illustration in that last sentence is another metaphor since it’s not a physical picture. To talk about metaphors without using a metaphor is impossible.

But back to sport. The word cricket has been linked to French criquet, but the connection is far from certain. As it happens, the earliest mention of cricket being played was by boys at my alma mater – but not, I hasten to add, when I was there. In 1598 a former pupil, being then 59 years of age and referring to his youth, “saith upon his oath that…hee being a schollar in the Free schoole of Guldeford [i.e. Guildford], hee and several of his fellowes did…play there at Creckett and other plaies [i.e. games].”

In other words, the game was being played by the “schollars” around and a bit later than 1550. Four centuries and a decade or so later, the future England captain Bob Willis started playing cricket at the same school. Meanwhile, going by the latest policy shift, it looks as if village cricket is decidedly unsnookered. How’s that!