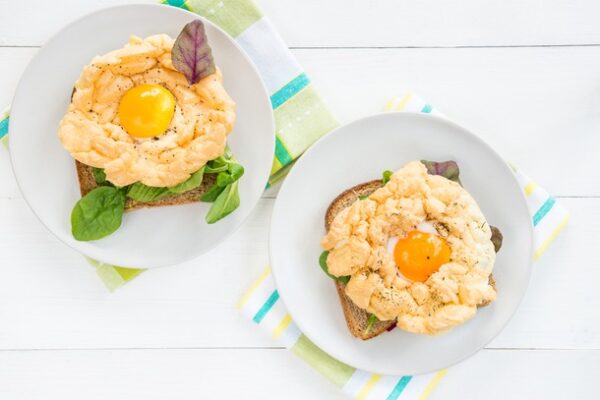 ‘Priming the pump’, ‘cloud eggs’, and ‘potica’: May’s Words in the News

Remember when Al Gore invented the internet? Of course you don’t, because he didn’t. But during the 2000 US General Election campaign, he claimed he did, which was pretty embarrassing. Almost as embarrassing as when President Trump suggested he had just invented the phrase prime the pump, in the sense of trying to stimulate an economy. Which, of course, he hadn’t. The fact that Trump was speaking to a journalist from the prestigious Economist magazine didn’t help him save face.

In fact, priming the pump, in as an economic metaphor, dates back at least to the Great Depression (it was used in a satirical newspaper cartoon poking fun at FDR’s economic policies, which could certainly be called “pump priming”). As it literally refers to pouring water down a water pump in order to start it working, it’s likely to be one of those phrases that no one really “invented”, and in any case, it has been around a long time. Bigly, however, is Trump’s own contribution to the English language.

And Mr Trump was doing more than pretending to coin new phrases in May. He went to Saudi Arabia, ate steak and ketchup (classy!), and was photographed placing his hands on a glowing orb, along with King Salman bin Abdulaziz and Egyptian president Abdel Fatah al-Sisi. Although the three men were in fact opening the new Global Centre for Combatting Extremist Ideology, certainly a noble and worthy cause, the photo had such a look of cartoonish supervillainy that it became an instant meme, and brought the common word orb into the headlines. An orb is, of course, a sphere. The word comes from Latin orbis, which could mean circle, disc, or world, (the orbis lacteus was the Latin name for the Milky Way), and from which we also get the word “orbit”. An “orb” as we would understand it would be called a globus in Latin (the root of English globe).

Mr Trump later visited the Vatican and met with Pope Francis. Though the photos from that visit were notable for being joyless and lacklustre, His Holiness did apparently jest to the first lady that she must be feeding her husband potica, a traditional sweet, nut-filled pastry from her native Slovenia, and allegedly one of Pope Francis’ favourites.

But you can’t eat potica for breakfast, so if your internet tastes don’t run to economic slang and political memes, perhaps you noticed a thing called cloud eggs, which became the darling of Instagram in May. Cloud eggs are an egg dish that basically consists of separating eggs, whipping the whites to a stiff peak, seasoning them, and then baking them until the peaks turn golden. Finally, you slide the yolk on top and continue cooking. I haven’t tried it myself yet, so I can’t say whether it’s worth all the extra effort in terms of taste, but the pictures are very impressive. Add some Hollandaise and I’m all in.