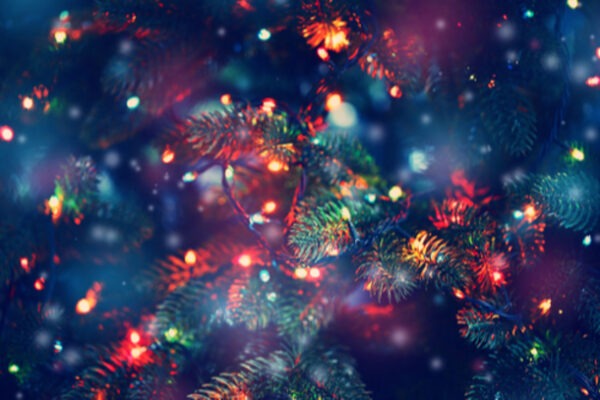 Trawling through news headlines, even when it’s only in search of new and interesting vocabulary, can be a depressing task, especially in recent years, and then you read about new mothers bringing their babies to a retirement community to cheer up the residents.

Two community groups in Essex, a Parent-and-Baby group and one for elderly people, have been organising generation mix-up sessions, where the babies and the older people meet, sing, and play games together in a joint bid to fight loneliness. It’s really heart-warming, and the sessions and have apparently proved effective and popular, so perhaps we’ll see similar schemes rolled out throughout the UK.

Of course, all the cute-babies-visiting-the-elderly stories in the world can’t change the fact that November is the month of Black Friday, and therefore the start of hardcore Christmas shopping. And while many will insist that it’s still too early to think about Christmas, that hasn’t stopped the media reporting on this season’s hottest holiday trends. Among them are the rainbow tree and the asymmetric wreath.

Traditional Christmas colours seem a bit limited or boring? Then decorate your Christmas tree with baubles of the full spectrum of colours, cascading down, from red to violet. Just remember: Richard Of York Gave Battle In Vain. And what about wreaths? Do you look at a traditional, circular Christmas wreath and think “Meh. Been there, done that”? Then try leaving your wreath half finished, so the foliage forms a kind of crescent shape, with the remainder of the circle comprising an attractive bare stick. We’ll call this one the Wreath of Austerity.

Over the years, economists, activists, and policy-makers have discussed many different types of poverty (for example, fuel poverty). Now a school in Portsmouth is taking steps to combat period poverty, which is a lack of access to women’s sanitary products. Some statistics suggest 137,000 girls in the UK alone will miss school during their period because of period poverty, so the school is now handing out free sanitary products. It has allegedly increased attendance by a third.

That this initiative exists and has made the news are both big steps, considering adverts for sanitary products still use blue-coloured water instead of something that actually resembles, you know, blood.

Last but most certainly not least, this month Collins Dictionary announced their Word of the Year 2018 which was, drum roll please… single-use!

Defined as made to be used once only, single-use was chosen to reflect the world’s growing awareness of the plastic problem. The word has seen a four-fold increase since 2013, with news stories and images such as those seen in the BBC’s Blue Planet II steeply raising public awareness of the issue. The #CollinsWOTY shortlist also included floss, plogging and gammon. See the full shortlist here.