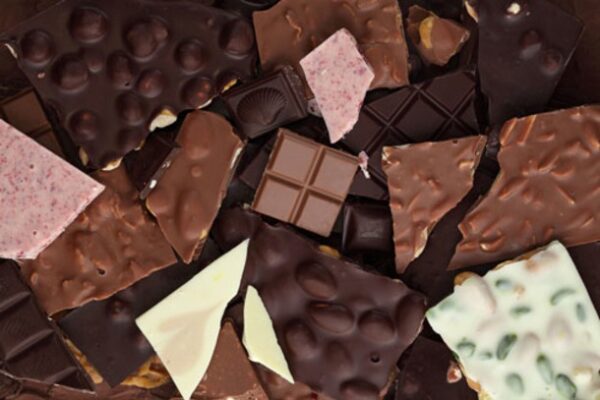 Ruby Chocolate, Fatberg & Right to be Forgotten: April’s Words in the News

There’s a new chocolate in town: ruby chocolate, also called the “fourth chocolate” (after the milk, dark, and white varieties). From April, chocolate aficionados in the UK could buy it in the form of the Ruby KitKat.

But what is ruby chocolate? It looks like white chocolate that has been dyed pink, but it apparently comes from “ruby cocoa beans”, which are somehow different from other cocoa beans. Beyond that, it’s apparently a trade secret. I haven’t tried it yet, so I can’t say how it actually tastes. Personally, I go for dark chocolate, so my hopes aren’t high, but I’ll give it a whirl.

Chocolate isn’t the only thing that’s new. Apparently, a whole new system of rivers has appeared in Argentina, pretty much overnight. The reason for this is that large swathes of forest and other water-absorbing geographic features have been cut down or reclaimed to provide fields for soya beans, one of the country’s main exports.

These flat fields neither block nor absorb water, so after heavy rainfall, you get a brand-new river running through your yard. The largest of these is aptly named the Río Nuevo (literally “new river”) and has already carved out deep canyons in Argentina’s San Luis province.

Meanwhile, in London, the problem is not how to stop the water, but rather how to keep it flowing, at least in the sewers. Yes, I first wrote about fatbergs several years ago when a monstrous one – longer than Tower Bridge – was discovered beneath Whitechapel. But the word, and the problem, has risen again. (Not literally; they’re still underground.)

In April, Channel 4 broadcast an “autopsy” of an even larger fatberg beneath the South Bank. Not only do these monstrosities, composed of congealed cooking fat and plastic waste, block up the sewage system; the recent examination has uncovered the presence of potentially antibiotic-resistant bacteria, making these disgusting masses a serious threat to health as well as infrastructure. Also, there were allegedly lots of banned gym supplements, so that’s a thing.

A final blast from the past is the so-called Right to be Forgotten. In our age of social media, we are always “on”, and our past posts and comments, however unflattering (or even damaging) never really go away. Or do they?

When I first wrote about the Right to be Forgotten, a businessman was suing Google, demanding that they remove references to an overturned criminal conviction from his search engine results. Because the legal process is so slow, now I get to write about it all over again. This time, the software giant has lost the case, which could set an important legal precedent for others who wish to remove or suppress embarrassing online activities from their search results. Of course, when I Google my name, I still just get the former head of the US Census Bureau, so as long as he doesn’t go to jail, I’m good.