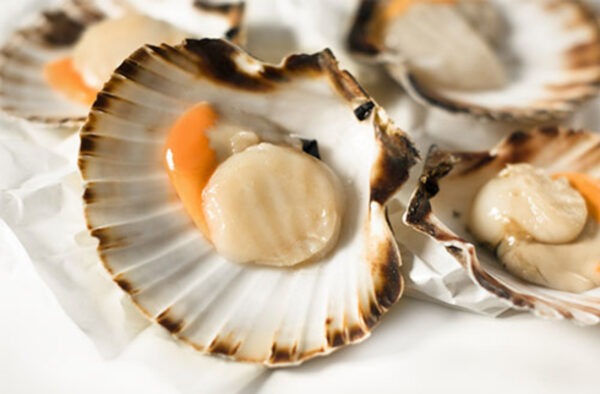 It’s not often I get to report Breaking News in this blog, but August ended with a bang, as British and French fisherman came to blows off the coast of Normandy. The cause? Scallops! Though it started with stones, smoke bombs, and farting in one’s general direction, this so-called Scallop War has escalated to boats ramming into each other. Who knew fishing was such a violent industry? Perhaps they’re taking that one scene in The Last Jedi a little too seriously. In general, using your own vessel as a weapon is not a sustainable tactic. And I’m sure this is all about shellfish stocks and has nothing to do with Brexit.

There was also tragedy in August, as John McCain, war veteran, torture survivor, long-serving Senator, and former US Presidential Candidate, passed away due to cancer. Ordinarily, the death of a public servant of his stature would garner some sort of tribute from the White House. However, there has been controversy around this, with critics complaining that the American Flag was raised up from half-mast too quickly (it was subsequently lowered again). The controversy has brought attention to America’s track record of paying tribute with flags at half-mast, or half-staff, as they call it. It’s one of those bizarre, through-the-looking-glass American English terms that differs from its UK counterpart for no apparent reason. Embarrassing as it is to admit, I never knew Americans said “half-staff” instead of “half-mast”… and I’m an American!

Speaking of Americans and Brits using different words for the same thing: Monkey Dust doesn’t sound very dangerous or threatening, and neither does “bath salts”. But both are terms for MDPV, a stimulant that was formerly one of the so-called “legal highs”, but has since been reclassified as a Class B drug in the UK. “Monkey Dust” (the UK street name for it), was declared a public health crisis by police in the West Midlands in early August, as it is very cheap, but can cause hallucinations, paranoia, and dangerous behaviour. In American (where it goes under the name “bath salts”), it was linked to the infamous “Naked Miami Zombie Cannibal” incident in 2012.

But one word that isn’t just an Americanism is Fortnite. It is not the US Spelling of “fortnight” (there really is no single word for “a period of two weeks” in American English). Rather, it’s a free-to-play battle-royal video game developed by Epic Games and available on iOS and Android devices. Which means you can play it on your phone. Potentially during school. Yes, Fortnite made the news in August, as Summer waned and schools on both sides of the pond had to brace themselves for the Sisyphean task of getting their pupils to stop playing video games and pay attention in class. It seems to me you could just take their phones away. Or Epic Games could start charging for the game. But I’m old and probably just don’t “get it”.