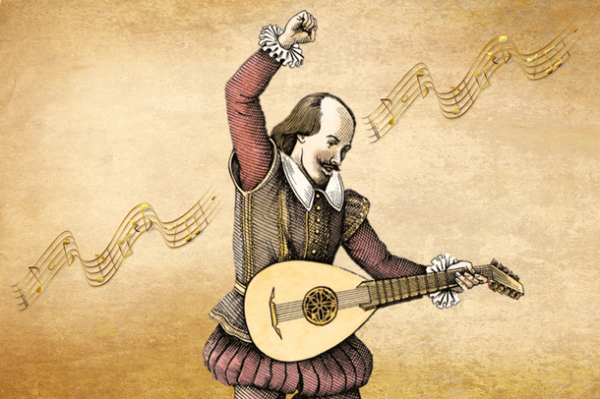 Think modern pop music is missing a little poetry? Prefer rhyme schemes to the club scene? If so, you’ll love Pop Sonnets, an anthology of Shakespearean spins on your favourite songs. To celebrate its publication on this National Poetry Day, author Erik Didriksen reveals how he went about writing this witty and wonderful mash-up collection.

Writing a sonnet is almost like solving a logic puzzle. There’s a rigid form you must adhere to: fourteen lines of ten syllables, a strict rhyme scheme, and an iambic rhythm. If any of these conditions aren’t met, you don’t have a proper sonnet. I often think of it like a Rubik’s Cube: you shift syllables around until everything’s aligned correctly. Once you’ve selected a word, its rhythm tells you where it can fall in the line, and the remaining spaces suggest other words to fill the gaps.

To give an example, let’s look at the first line of Journey’s “Don’t Stop Believin’”:

“Just a small-town girl, livin’ in a lonely world.”

There are three core elements we need to keep it recognizable: the girl, the small town, and the sense of loneliness. “Lonely” is trochaic (a stressed syllable followed by an unstressed syllable, the opposite of an iamb), so it needs to start on an even syllable. “A lonely girl” might work well, but “from a” can’t follow it — the phrase is naturally trochaic. Setting it as an iamb would give “a” an emphasis that feels unnatural. The two-syllable “maiden” is a better choice rhythmically, and imparts some Elizabethan flavour to boot.

With seven syllables in place (“A lonely maiden from a”), “small town” needs to be expanded to three syllables — and fit the rhyme scheme as well. I elected to rhyme “small” with “port of call,” leaving me with two syllables for “town.” I went with the two-syllable “village” — until I realized “hamlet” was a funnier synonym for ‘town’ when spoofing Shakespeare! 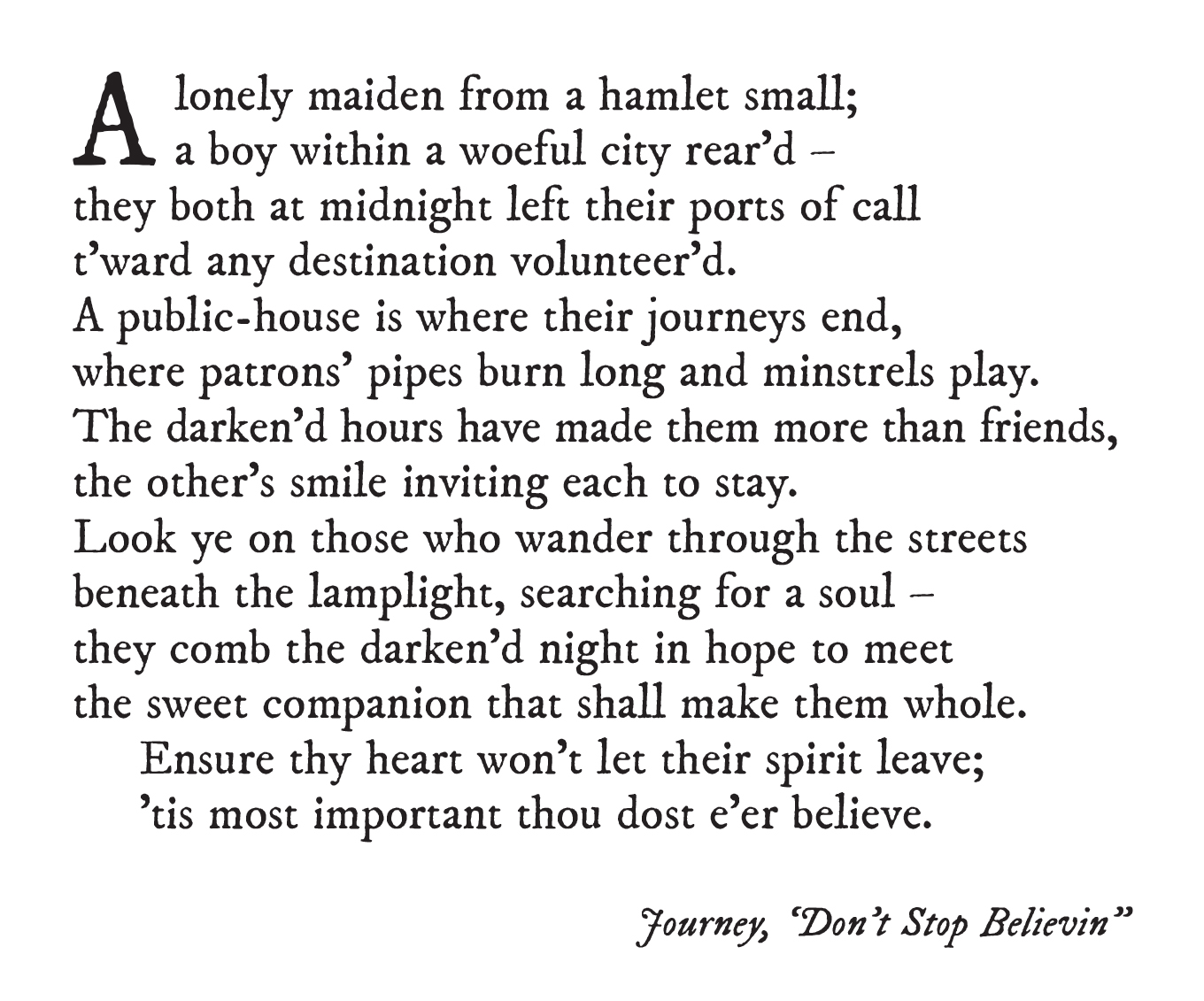 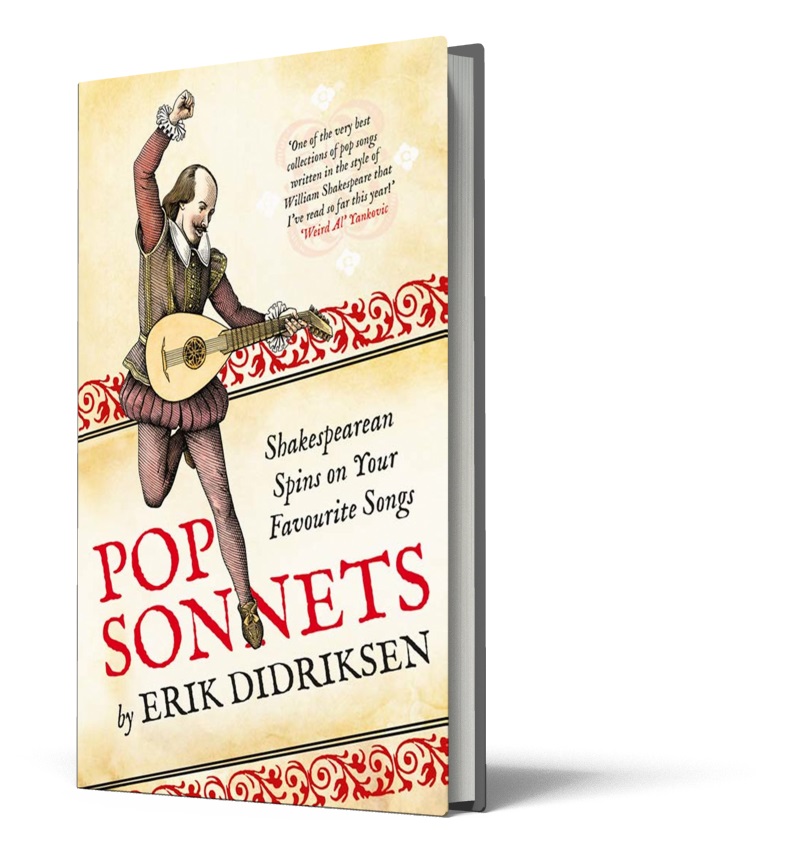 Beyoncé Knowles, “Single Ladies (Put a Ring on It)”

Bon Jovi, “Livin’ on a Prayer”

Pop Sonnets by Erik Didriksen is out now.
Buy the book here.