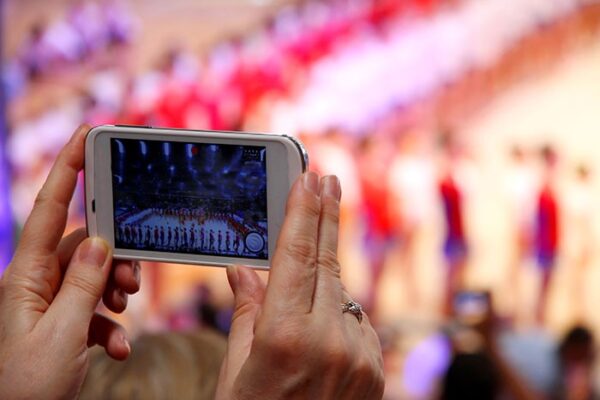 Of course June is mostly about the World Cup. Which, if you’re English, is pretty bad news (but hey, there’s always Wimbledon!).

Unfortunately, this month has yielded bad news of a more serious nature. Violence in Iraq has made ISIS (Islamic State in Iraq and Syria) a household name, while the Trojan Horse row reached a peak earlier this month. Although “Trojan Horse” can be used to describe anything insidious and harmful (most frequently a type of computer virus), it originally refers to the Trojan Horse in Homer’s Odyssey (though a fuller account of it is given in Virgil’s Aeneid).

Another disturbing trending topic this month was the Slender Man, a creepy internet meme which inspired a stabbing in the US last month. The term “meme” pre-dates the internet and originally refers to any kind of social behaviour which is copied by others. Memes, like everything else, have been proliferated by the internet, which has made “meme” part of everyday English. The classic meme is probably the LOLcat, a humorous photo of a cat with a humorous caption. Current internet users are probably too young to remember back when you couldn’t log into Facebook without seeing “I can has cheezburger?”

Keeping with established terms that have popped up in the news this month, the Living Wage Commission has once again brought the concept of the living wage (the minimum hourly wage a person needs to sustain a reasonable standard of living) into political discussion, and car crash (informal term for anything which is basically in ruins) was used not to describe England’s performance at the World Cup, but the UK’s mental health services.

Talking of smartphones, Amazon announced it is introducing its own smartphone, the Kindle Fire Phone, while Microsoft, having purchased Nokia, is going to introduce a new model that runs on Android instead of its own Windows Mobile OS. This is great news for those of us who really liked Nokias before smartphones were invented but have had to switch to HTC.

The reason for Microsoft’s decision is that Windows phones are not competing successfully with Androids and iPhones due to the comparative lack of apps, called an app gap. It is this app gap that could spell doom for Amazon’s phones as well. They will be running on an Amazon-exclusive version of Android that will not include any standard Google apps.

But they will have 3D screens.