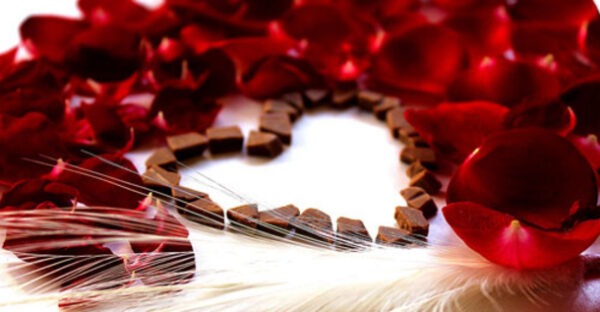 The language of love: 5 ways to express your love on Valentine’s Day

In the words of Shakespeare, ‘speak low if you speak love’. Or shout it from the rooftops, whichever you prefer. The most romantic day of the year is upon us, and if you’re celebrating with loved ones this Valentine’s Day, it’s time to pick up your pen and let your inner poet express your feelings. In the market for some new terms of endearment? Here’s the etymology behind some of the most popular.

A term of endearment, you’d usually call someone such as your significant other a sweetheart, but it also works for any loved one like a friend or a relative.

In many ancient cultures, the heart was believed to be the centre of emotions. This concept is widely found in English expressions and, since the Middle Ages, sweetheart has been used as a form of address and a synonym for ‘loved one’.

Depending on where you are in the world, darling can either be an affectionate term for a loved one (think Lady and the Tramp’s Jim and Darling) or a friendly greeting, maybe from a Londoner (‘alright darlin’?).

The etymology of darling can be traced quite far back in the English language, appearing in texts from as early as the 9th century. It derives from the Old English deorling, in which the noun suffix -ling is attached to the adjective dēore, which means highly regarded or beloved.

Whether a honeybunch or a honeybun, this term of endearment is mainly used in the US. It’s obvious this is an extension of the more traditional ‘honey’, but when exactly did this one come about?

Honey has been a term of endearment since the Middle Ages, with the forms honeybun and honeybunch appearing in the 20th century. And no one who was around in 1965 could forget the catchy refrain from the Four Tops’ classic ‘I Can’t Help Myself’ – ‘sugar pie, honey bunch’!

Sounds adorable, but do you want to be associated with a large, round, orange vegetable with thick skin? On the bright side, at least they’re sweet and go well with almost anything.

This is another largely American term of endearment, similar to ‘sweetheart’ or ‘darling’. In US slang, it can also refer to someone or something of importance. Pumpkin ultimately derives from the Greek word pepōn, meaning ‘ripe’, referring particularly a type of melon ripe enough to eat. We suspect calling someone a large melon might be less of a compliment.

Sugar, oh, honey, honey! This one is popular combined with other words, such as ‘sugar-pie’, ‘sugar-baby’, so on and so forth. In literal terms, it’s a substance that is used to make food and drinks sweet. It’s also a vocative noun, and one a person might call someone they know and like.

How did this become such as popular term of endearment? It seems to be a matter of taste. In modern times, we’re told sugar is an addictive substance… one might argue so is love. Sugar shares its role as a term of affection with many other foods such as cinnamon, pudding, and even lamb. Perhaps we’ll try addressing our significant others as ‘pizza’ this year.