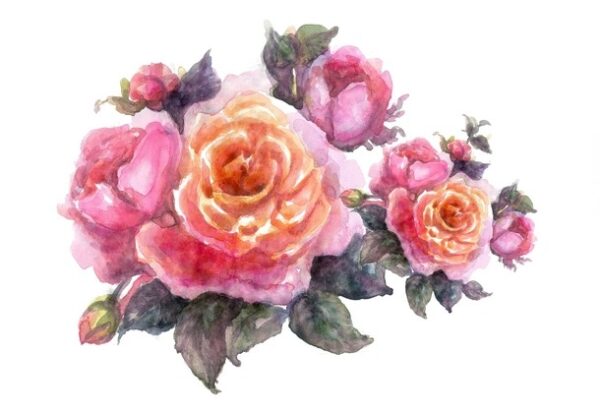 The Lost World of Floriography

In honour of the world’s most prestigious Chelsea Flower Show coming up next week, Hazel Gaynor, author of A Memory of Violets, talks us through the language of flowers.

While researching my novel A Memory of Violets I discovered the wonderful world of ‘floriography’. In the Victorian era, flowers, plants and herbs each had a special meaning. Floriography was the term used for this language of flowers. The symbolism of flowers goes back to ancient civilisations, but it’s the Victorians and their floral obsession best associated with the tradition.

At a time when social etiquette meant that an emotional declaration was by no means simple, flowers could express everything that a person could not – love, grief, devotion and jealousy. Sometimes the interpretations were quite dramatic: ‘I attached myself to you, but shall die if neglected.’

It is quite something to think that all this could be expressed through a posy of flowers, bought from the impoverished street sellers who inspired my novel. It is fascinating to think that the simple arrangements tied by the women and children on the steps of St. Paul’s church at Covent Garden by candlelight, were so important to the everyday lives of the ladies and gentlemen who paid their tuppence for a bunch of violets or a tussie-mussie (a small bouquet of flowers, presented in a lace doily, tied with satin).

The meaning of flowers increased in complexity, as particular pairings, size and shade, and even the direction in which each flower faced all had slightly different connotations. To assist people in their interpretations, a number of charming flower dictionaries were published. They were beautifully illustrated with colour plates and many were accompanied by poetry. John Ingram’s Flora Symbolica published in 1869 included the meanings of over one hundred flowers, emphasising the correct etiquette for presenting the intended message.

On the occasion of her wedding to Prince William in April 2012, the Duchess of Cambridge, Kate Middleton, used the language of flowers to select her bouquet. The main component, lily of the valley, represents ‘trustworthy’. Myrtle has traditionally been included in royal wedding bouquets since Queen Victoria’s daughter, Princess Victoria, carried it in her own wedding bouquet in 1858. The myrtle in Kate Middleton’s bouquet represents ‘hope and love’. Hyacinth, represents ‘constancy’ and I think we can guess why she included sweet william!

Although we still recognise certain flowers to express emotions – red roses, for example, still being the ultimate expression of love – the world of floriography has largely been forgotten. Through writing A Memory of Violets, and sharing the meaning of the flowers hidden among the pages of Flora’s journal, I hope that a little piece of history has been re-awakened and that the flowers have been given a chance to speak, once again.

A Memory of Violets is available to buy now from all good bookshops
and online retailers.

Buy on Amazon
Buy on Waterstones
Buy on Foyles