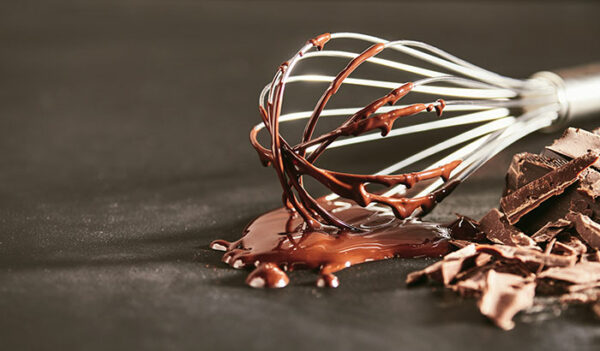 Cometh the publication of the 12th edition of the Collins English Dictionary (and I hope you’re all having fun with it, by the way. My favourite discovery so far is “centonate” – having many pieces or patches. I intend to use it instead of “portfolio” – a word for me forever tainted by its association with Peter Mandelson when he was made minister without one so that his dark shadow was free to flit from department to department like a malevolent McCavity, without leaving a trace – from now on to describe my career) cometh (if you’re still with me – my new year’s resolution will as ever be to give up subordinate clauses) the shortlist for Collins’ Word of the Year.

So, who are the entrants, chosen from all the words submitted by you to collinsdictionary.com, any that returned to prominence this year or which made it into the print version of the dictionary, in this contest for logorrheic laurels?

First up, we have “bakeoff”. It was first reliably recorded in 1949 when the US flour manufacturer Pillsbury launched the annual Pillsbury Bake-Off but of course really took off in the UK only in 2010 when Sue Perkins and Mel Giedroyc introduced us to the wonderful world of soggy bottoms, hot baps and good forkings in The Great British Bake Off. More power to their dough-pounding elbows.

Next, there’s “normcore” – a blend of “normal” and “hardcore”, invented by trend collective K-hole and first used in Vogue earlier this year to describe an emergent clothing type characterised by the rejection of (overt) branding and high fashion elements in favour of a more generic, nondescript style. At first I had high hopes that my entire wardrobe had been repositioned at the cutting edge of fashion overnight but it turns out that even such an apparently broad church as normcore refuses to take eight pairs of ill-fitting jeans, three overwashed Primark dresses and 42 pairs of knickers for whom working elastic is but a distant memory to its bosom. Roll on “crapcore”.

After that, we have “Tinder” – the name, as I’m sure if you’re under 30 and currently taking medication for various itches down below you are aware, of the dating app that has done so much to smooth the path to sexual congress and/or erode the boundaries of civilised behaviour and turn the world into a digital Sodom and pixellated Gomorrah. Delete according to taste. And keep taking the tablets. Or applying the creams. Or both, if you’re a dedicated right-swiper.

Penultimately, there is “Devo max”, which of course even any Sassenach fule kno came to prominence during the Scottish referendum and refers to the arrangement whereby a central government transfers the maximum amount of power to a regional government while bitterly resenting it and still retaining sovereignty over it.

And finally there is the winner. The victor in 2014’s great vocabulary test is “photobomb” – to intrude into the background of a photo without the subject’s knowledge. The keen-eyed but flint-hearted lexicographers at Collins have been tracking its movements for the last couple of years but found that it never quite made the leap into sufficiently common parlance to deserve inclusion in their semantic smorgasbord. But this was photobomb’s year. It got the royal imprimatur when Prince William did it to Chris Hoy and Prince Harry to the New Zealand rugby coach and the Queen was said to have done it accidentally (which I would argue means she just pulled focus – true photobombing surely requires a degree of intention? Answers on an old-fashioned postcard, please) when she walked into shot behind the Australian women’s hockey team at the Commonwealth Games. And far more importantly it got the celebrity seal of approval. Benedict Cumberbatch photobombed U2 at the Oscars, and there were times this year when you could be forgiven for thinking it was Jennifer Lawrence’s job now, as she photobombed Sarah Jessica Parker, Taylor Swift and Scarlett Johansson and others at various awards ceremonies.

Join me here in two weeks’ time to continue this centonate journey through the latest delights of our ever-changing linguistic landscape.