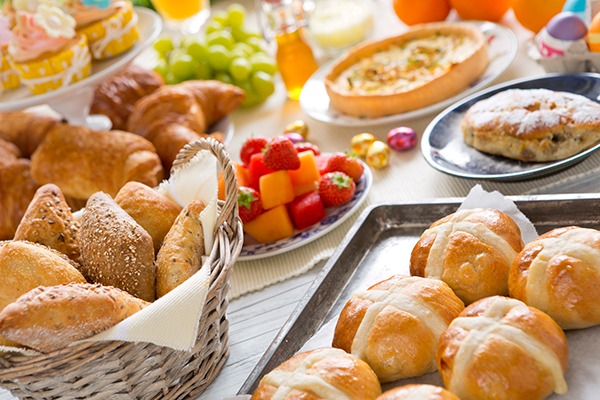 ‘Twas brillig and the slithy toves

What do these five words have in common: screenager, Reaganomics, Joementum, flexitarian and brunch?

Well done! I knew you would know. And you didn’t even need to go into Only Connect mode.

The answer, of course, is they are all portmanteau words, that is, words made up of two or more pre-existing words grafted together. More prosaically, this variety of words is called ‘blends’.

Such words are all around us because creating portmanteaus is a major way in which English reproduces. In fact, over half of new words are created either by portmanteauing, by creating compounds or through using prefixes and suffixes.

Recently the American presidential candidate Joe Biden has received a surge of support after Super Tuesday, giving his campaign a big boost that has been christened ‘Joementum‘.

Portmanteauing is very flexible: it’s almost fatally easy to whittle away any pair of words and slot them together. Sometimes one survives whole, as in Joementum and computerate; at other times, both words get bits hacked off, as in Bollywood or brunch.

Several everyday words are closet portmanteaus: so familiar are they that we fail to recognise them as such. On many days, Mumbai is enveloped in suffocating smog (smoke + fog). Our escapes from British weather might be effected through the Chunnel. That leisurely late-morning weekend meal restaurants want us to indulge in is a combination of breakfast + lunch first tasted longer ago than you might suspect – in 1895. It started out as Oxford university slang. Recently there has been criticism of Oxbridge for admitting too few students from less privileged backgrounds.

The internet and social media are, perhaps predictably, rich sources. How we behave on the internet is, or should be, regulated by netiquette, which is important because so many of us are netizens. And social media has helped popularise listening to our favourite podcast or watching teenage multi-millionaire vloggers.

It’s not only the media world that is a blend-generator. A field that can loosely be described as politics, economics and lifestyle is also a major contributor. Back in the dim and distant 1980s, Reaganomics was newsworthy. From the same epoch comes Sloane Ranger (Sloane Square + Lone Ranger) whose prime embodiment was Princess Diana. More recent lifestyle blends denote the convention-eschewing rich trustafarian (1992), those politically inspired hacktivists (1995) and the I-used-to-be-vegetarian-but-now-I’m-not-so-sure flexitarians (1998).

All this while, you may have wondered where the term ‘portmanteau’ originated. A portmanteau is (was) a type of travelling case the size of a large trunk constructed of stiff leather and hinged at the back to open in two equal parts. It was in effect a complete mobile wardrobe. In Through the looking-glass (1871) Lewis Carroll included the ‘Jabberwocky’ poem, which begins with the immortal lines:

’Twas brillig, and the slithy toves
Did gyre and gimble in the wabe;

Humpty Dumpty explains the invented word slithy to Alice: ‘Well, “slithy” means “lithe and slimy” … You see it’s like a portmanteau—there are two meanings packed up into one word.’

And in a piece of linguistic serendipity, portmanteau is itself a portmanteau, only one created in French: porter (‘to carry’) + manteau (‘coat, cloak’). The word still exists in modern French, with an extra e, portemanteau, meaning ‘coat rack’ or ‘hat stand’.

Now, can you name the British PM who was widely mocked for using an inappropriately modish portmanteau?