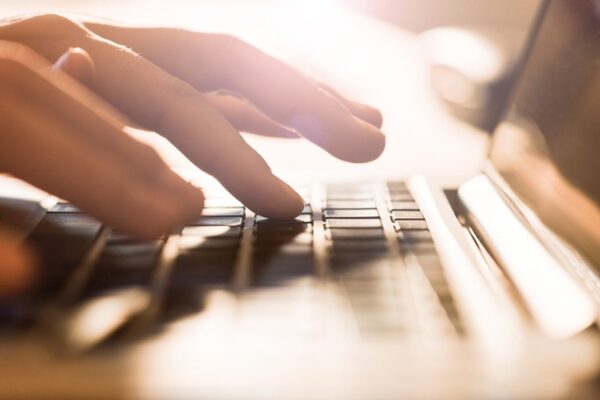 We take a look at the etymology behind words like ‘pwn’, ‘covfefe’ and ‘newt’ that came about by mistake

President Donald Trump recently caused his Twitter followers to scratch their heads when he wrote about ‘negative press covfefe’. The president had probably just made a mistake in typing the word ‘coverage’, but the apparently random assortment of letters got people wondering exactly what a covfefe might be, and there was a huge spike in the appearance of the word in online discourse.

It is unlikely that covfefe will ever become established as a word that people use without reference to this incident, but then there are quite a few English words that do seem to have their origins in misprints and errors. Take the verb pwn, which is used mainly in online gaming to refer to defeating an opponent in a comprehensive and humiliating manner. This arose from taunts such as ‘I own you!’ and ‘You got owned!’ coming out as ‘I pwn you!’ and ‘You got pwned!’ due to the adjacency of the letters P and O on a computer keyboard.

It is not just the age of electronic communication that creates such mangling of text. Residents of Manchester might reflect that they are only called Mancunians because a nameless official in the distant past mistakenly wrote Mancunium instead of ‘Mamucium’, which was the original name of the fort that the Romans built there. And we only talk about an umpire in cricket and tennis because someone wrongly took ‘a noumpere’ (a French word meaning a person who is impartial) to be ‘an oumpere’. This act of mislaying the opening ‘n’ from words also gave us the words apron (‘a napron’ being wrongly divided as ‘an apron’) and adder (‘a naddre’ being rendered in Middle English as ‘an addre’). But the process could also work in the other direction: the Old English ‘an ewt’ was mistaken for a newt to give the name of the amphibious creature, while ‘an ekename’ was corrupted to ‘a nekename’ to provide the origin of the modern word nickname.

We tend to think of the English language as the product of cultural refinement, but in fact there is plenty of evidence that confusion and incompetence have also played a part in the way it has developed to its current state.